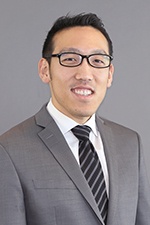 Brian M. Noh
Associate
BNoh@hinshawlaw.com
213-614-7368
View Bio
Brian Noh is a labor and employment attorney. He counsels and defends his clients through all stages of litigation in discrimination, harassment …

In a major victory for franchisors, a panel of the Ninth Circuit recently held that McDonald's Corporation cannot be liable as a joint employer for the wage and hour violations of its franchisees. Importantly, the court held that McDonald's involvement with its franchises and franchise workers is focused on maintaining brand standards and "does not represent control over wages, hours or working conditions." However, uncertainty remains over the liability of franchisors that impose more than just branding and marketing standards on its franchisees. More ›

When former District of Columbia Police Chief Cathy Lanier stepped into her new role as security chief for the National Football League (“NFL”), she let it be known there was a “new sheriff in town,” a federal lawsuit alleges. About one year later, the NFL fired 9 security representatives accounting for approximately 1/3rd of the league’s staffing for the position and approximately 75% of the security representatives who were of the of age 60 or older. The security personnel promptly filed a federal suit in the Southern District of New York. More ›

The California Supreme Court may soon provide health-care providers rare and much needed clarification concerning their wage and hour practices. It will do so in response to the Ninth Circuit’s request for guidance on the following wage and hour issues touching upon the meal and rest period rights of ambulance attendants: More ›