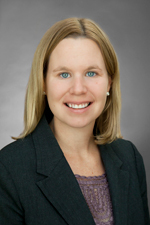 Eileen M. Caver
Associate
ecaver@hinshawlaw.com
815-490-4900
View Bio
Eileen Caver focuses her practice in labor and employment law, with particular emphasis in compliance with state and federal laws and regulations. In …

On July 19, 2014, Illinois Governor, Pat Quinn, signed into law the Job Opportunities for Qualified Applicants Act, 30 ILCS 105/5.855. The Act, which goes into effect on January 1, 2015, significantly limits an employer's ability to request or review the criminal background information of applicants as part of the hiring process and is a victory for "Ban the Box" advocates working in several states. More ›

On January 4, 2012, when Congress was out of session for a three-day period, President Obama appointed three members to the National Labor Relations Board pursuant to the Recess Appointments Clause of the Constitution. Thereafter, the NLRB, including the newly appointed members, issued a ruling finding that Pepsi-Cola distributor, Noel Canning, unlawfully refused to execute a collective-bargaining agreement with a labor union. Noel Canning challenged the ruling on the grounds that the three members appointed by President Obama were invalidly appointed and that the NLRB did not have authority to act when it issued its order.    More ›

An employee for a State administrative agency sued the agency and various state employees alleging retaliation in response to a prior disability discrimination suit he filed against the same employer. Among other defenses, the employer asserted that as a state agency it was immune from suit under the Eleventh Amendment and the doctrine of sovereign immunity. The district court did not rule on the issue but granted summary judgment for the employer on other grounds.  More ›

A hospital-employer hired the employee as a security guard. On his post-offer medical questionnaire, the employee affirmatively stated that he had never suffered from drug or alcohol addiction in the past nor participated in a drug and alcohol treatment program. More ›

Several years ago, the Federal Office of Contract Compliance Programs (OFCCP) requested that three Pennsylvania hospitals provide copies of affirmative action plans and other materials required of Federal Contractors. Each hospital had a Health Maintenance Organization (HMO) contract with the UPMC Health Plan to provide medical products and services to United States Government employees pursuant to a contract between the Health Plan and the United States Office of Personnel Management (OPM). The hospitals resisted the audits by the OFCCP arguing that their provision of medical care through the HMO plans did not render the hospitals government contractors or subcontractors and that their contracts specifically stated that the hospitals were not to be considered subcontractors. The Department of Labor’s Administrative Review Board ruled in favor of the OFCCP. More ›

Two African-American nurses filed a complaint against their hospital-employer alleging that the hospital had discriminated against them on the basis of race and retaliated against them for their complaints about racial discrimination in violation of Title VII. Throughout their employment, both nurses complained about their working conditions. They alleged their supervisors failed to make the changes that they recommended and treated them less favorably due to their race. The nurses also alleged that they were retaliated against due to their complaints of race discrimination. More ›

NLRB: Auto Dealership did not Violate Labor Law when it Fired Employee for Posting Facebook Photos of Accident at Sales Event

In a decision made public yesterday, the National Labor Relations Board determined that a car dealership employee who was terminated for posting mocking photos on Facebook of a serious accident at its "Ultimate Driving Event" was not engaged in concerted activity, and that his termination. therefore, did not violate the National Labor Relations Act. The decision in Knauz Motors, Inc. d/b/a Knauz BMW, Case 13-CA-046452 (Sep. 28, 2012), is not all good news for employers, however, as the Board suggested that other photos posted by the employee, which mocked the food at the sales event — but which no other employee commented on or joined in — constituted protected activity because they related to earlier complaints from the sales team regarding the food. More ›