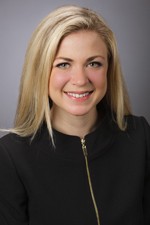 Leigh C. Bonsall
Partner
lbonsall@hinshawlaw.com
312-704-3133
View Bio
Leigh Bonsall is a litigator who focuses her practice on employment and commercial litigation. She has defended employers at the federal, state, and …

During the Trump administration, the Department of Labor (DOL) issued a new rule regarding the classification of independent contractors. Designed to streamline how a company determines whether a worker is an employee or independent contractor, the rule narrowed the factors in the "economic realities" test and focused the analysis on the two "core factors" of control and the opportunity for profit and loss. The proposed regulations were set to go into effect on March 8, 2021. With the change in administration, the DOL initially pushed the effective date back to May 7, 2021, to allow for further review and consideration. The DOL announced on May 5, 2021, that it is withdrawing the rule altogether. More ›

Under the administration of former President Donald Trump, the Department of Labor (DOL) proposed new regulations to simplify the test for determining whether a worker is an employee or independent contractor. The regulations were set to go into effect on March 8, 2021. More ›

Last year, the U.S. Supreme Court (SCOTUS) handed employers a major win in Epic Systems v. Lewis, when it ruled that employees must submit claims to arbitration on an individualized basis when their employment agreements require it, even when those claims could be brought as class or collective action under federal legislation. More recently, in Lamps Plus Inc. et al. v. Frank Varela, SCOTUS addressed the issue of whether a worker can pursue class arbitration when an arbitration agreement does not explicitly address class arbitration. By a 5-4 vote, the court said class arbitration is also barred in such circumstances, holding that "[u]nder the Federal Arbitration Act, an ambiguous agreement cannot provide the necessary contractual basis for concluding that the parties agreed to submit to class arbitration[.]" More ›

Failure to Timely Report Race Harassment Not a Bar to Trial

Employers frequently raise failure to report harassment as a defense in Title VII and related state cases. After all, how can you end harassing behavior if you are not aware of it. As the Eleventh Circuit reminded us earlier this week, that defense breaks down if the employer is aware of the conduct. More ›

A Win for "Gig-Economy" Employers in California

In a win for California’s “gig economy employers,” a California District Court held earlier this week that Chicago-based GrubHub, Inc. properly classified a food delivery driver as an independent contractor, not an employee. Accordingly, the driver's labor law claims, which require an employer-employee relationship, were precluded. More ›