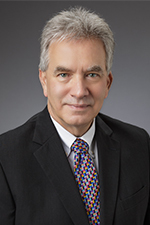 The battle over Scabby the Rat took another turn on July 21, 2021, when the National Labor Relations Board issued its anticipated decision and order in International Union of Operating Engineers, Local 150 and Lippert Components, Inc.

Scabby is a large, 12-foot-high inflatable rat with red eyes, menacing fangs, and claws. Unions often use it to inform the public that they have a dispute with a non-union employer. The rat often is used in construction trades when a non-union contractor provides services at a worksite. Additionally, as part of street theatre, many unions use the rat—along with large banners and union representatives standing nearby—to publicize their disputes with non-union employers, known as the primary employer for labor law purposes. More ›

On September 30, 2020, the Occupational Safety and Health Administration (OSHA) updated its answers to frequently asked questions regarding an employer's obligation to report a COVID-19-related fatality if it occurs within 30 days of the work-related incident. Notably, according to OSHA, an "incident" includes exposure to COVID-19 in the workplace. In order for a fatality to be reportable it must occur within 30 days of the exposure at work, and an employer must report the fatality to OSHA within eight hours. The time clock for the reporting obligation commences within eight hours of the employer knowing that the employee has died and that the cause of death was work-related. More ›

The National Labor Relations Board (Board) issued a Guidance Memorandum (Guidance) on September 4, 2020, addressing the analysis of employer assistance in union organizing efforts. The Guidance has been provided as a response to requests from regional directors on a series of issues relating to the "amount of lawful support an employer can provide to a union that is attempting to organize its employees." More ›

Historically, there has been a "push and pull" between the National Labor Relations Board (Board) and employers over mandatory arbitration agreements and class action waivers. Although most of the disputes have been resolved by recent SCOTUS jurisprudence, the Board remains concerned with restrictions in arbitration agreements that limit the ability of employees to file unfair labor practice charges before the Board if employees believe their Section 7 rights have been violated. More ›

When assessing potential exposure for their employer-clients under federal labor and employment statutes, employment and health care attorneys often must start with the basics. That determination of employment status becomes even more important in medical facilities, such as hospitals, which have multiple and complex levels of workers with varying levels of skills and responsibilities. This is especially true with independent medical staff members who may have other contractual relationships with hospitals—such as recruitment agreements or administrative services contracts—which can complicate these questions.

The Ninth Circuit recently confronted such a situation when deciding whether an independent member of the medical staff, who had a separate recruitment agreement as well as an on-call services agreement, was an employee or independent contractor. This decision is important for the litigants, because independent contractors ordinarily are not covered by Title VII. More ›

EEOC Issues Guidance on Opioid Use and Accommodation in the Workplace

The U.S. Equal Employment Opportunity Commission (EEOC) issued two technical assistance documents on opioid-related disability issues and reasonable accommodation. The first document (Guidance) employs a question and answer format and focuses primarily on typical questions employees may ask, although employers can also use it as a useful guide when dealing with the illegal use of opioids, the lawful use of prescribed opioids, employees who have a history of opioid use or abuse, and the accommodation responsibilities in each instance. The second document offers guidance to healthcare providers tasked with providing documentation for opioid-using patients seeking accommodations. More ›

Last September, we anticipated a change in National Labor Relations Board (Board) policy regarding the evidentiary standard for resolving unfair labor practice charges related to employer discipline of employee abusive conduct. Now, the Board will employ a single proof paradigm—the Wright Line test—to resolve such unfair labor practice allegations. More ›

The Civil Rights Act of 1866, a Reconstruction-era statute, includes Section 1981, which guarantees "[a]ll persons . . . the same right . . . to make and enforce contracts . . . as is enjoyed by white citizens." In Comcast Corp. v. National Association of African American-Owned Media, the plaintiff pursued a number of theories, but essentially argued that the Court should adopt the motivating factor test employed in cases arising under Title VII of the Civil Rights Act of 1964. Employment law practitioners often will see complaints including counts for both violations of Title VII and Section 1981. It is important to recognize that the causation standards are different for these two statutes. More ›

Ever since the Supreme Court's 2005 decision in Smith v. City of Jackson, plaintiff employment lawyers have struggled with how best to assert a viable claim of disparate impact age discrimination. The concept of disparate impact discrimination was recognized by the Supreme Court decades ago in Griggs v. Duke Power, which established that Title VII of the Civil Rights Act of 1964 made it unlawful—even if facially neutral—for employer practices to have a materially adverse impact on a protected group, unless the neutral practice is supported by business necessity. More ›