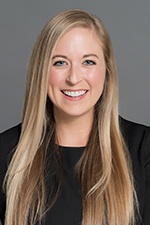 M. Megan Coughlin
Associate
MCoughlin@hinshawlaw.com
954-809-3230
View Bio
Megan Coughlin counsels employers on a wide range of labor and employment matters. She works with her clients from intake to resolution to provide them …

In a workplace safety whistleblower lawsuit recently filed in the U.S. District Court for the Middle District of Florida, an air conditioning technician claims he was fired by his employer, HT Airsystems of Florida, LLC, in retaliation for complaining about purported overtime violations and for raising concerns about a lack of personal protective equipment (PPE), which would be a violation of the Fair Labor Standards Act (FLSA), and Florida's Private Whistleblower Act (FWA). More ›

Last week, the U.S. District Court for the Northern District of Florida held that Florida can enforce a law that voids noncompete agreements between doctors and their employers. The recently adopted legislation—section 542.336, Florida statutes—voids any noncompete agreements between physicians and specialty physician groups when the group employs all the physicians practicing a particular specialty within a given Florida county. In 21st Century Oncology, Inc. v. Moody, the Northern District reasoned that the law doesn't unlawfully interfere with private agreements, and any such impairment is outweighed by the law's significant, legitimate public purposes. More ›