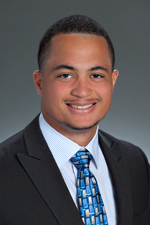 Thaddeus A. Harrell
Associate
tharrell@hinshawlaw.com
312-704-3000
View Bio
Thaddeus Harrell is a labor and employment attorney who protects employer's interests. He advises employers on all aspects of the employment …

Showing 14 posts by Thaddeus A. Harrell.

With political and social activism surging in the workplace, Frith et al. v. Whole Foods Market Inc. et al., may prove to be the tip of the iceberg when it comes to employee discrimination claims. At issue in the polarizing case decided in a Massachusetts' federal court was whether Whole Foods violated federal discrimination laws when it barred employees from expressing support for the Black Lives Matter movement by wearing masks and apparel referencing BLM. More ›

Political and Social Activism Surges in the Workplace: Five Issues for Employers to Consider

Six months into a global pandemic, employers across the United States continue to confront a series of new economic realities. One particular phenomenon employers are having to deal with is a surge of political and social activism in the workplace. Individuals across the country are voicing opinions in what can only be described as a highly polarized political environment. Many employees are expressing their viewpoints both on social media and in the workplace, and it is unreasonable to expect these conversations will not happen during working hours. More ›

Over the past three weeks, 16 million unemployment claims have been filed, and more are on the horizon. As questions and concerns surrounding unemployment benefits continue, so does guidance from the U.S. Department of Labor (DOL). In a recent Unemployment Insurance Program Letter (UIPL), the DOL's Employment and Training Administration (ETA) provided further clarification concerning the Pandemic Emergency Unemployment Compensation (PEUC) program. The PEUC has left employers wondering whether or not their respective state—or the federal government—will require repayment of the benefits provided under the PEUC. More ›

The U.S. Department of Labor's Occupational Safety and Health Administration (OSHA) has issued a new poster—available in English or Spanish—which lists steps workplaces can take to reduce their risks of coronavirus exposure. This release is the latest effort by OSHA to educate and protect America's workers and employers during the pandemic. We outline their recommended infection prevention measures highlighted in the poster below. More ›

Over the last few weeks, employers across the county have had to grapple with an onslaught of new legislation at both the state and federal level. As part of its implementation of the new federal employment law mandates, the U.S. Department of Labor (DOL) has provided two new Unemployment Insurance Program Letters (UIPL) concerning unemployment benefits. We explore the DOL's guidance below. More ›

For years, advocates in the Eleventh Circuit have expressed confusion over the term "similarly situated" when addressing claims of discrimination under the McDonnell Douglas burden-shifting analysis. In a rare move, the Eleventh Circuit sought to clear up "the mess" it had created through prior circuit court decisions. As a result of the Court's findings, employers—particularly those in Alabama, Georgia, and Florida—will have more clarity when evaluating possible discrimination claims. More ›

The United States Supreme Court recently handed workers a rare victory in New Prime Inc. v. Oliveira. The Supreme Court ruled that transportation workers engaged in interstate commerce—including those labeled as independent contractors—are exempt from the Federal Arbitration Act (FAA) and thus cannot be compelled to undergo mandatory arbitration.  As a result of this decision, employers in the transportation industry will have to review their existing arbitration policies and assess whether or not they comply with applicable local, state, and federal laws. More ›

Trust the Process: Relying on Existing Law or Policy is not an ADA Defense Says Third Circuit

Many times, employers evaluate disability claims by simply checking the boxes. It’s easy to develop tunnel vision, especially when the employer feels the issue is narrowly defined by an existing law or policy, e.g., a law or employer policy requiring that certain employees be vaccinated. However, this narrow frame of mind may cause employers to miss the complete picture. A recent 3rd Circuit Court of Appeals (DE, NJ, PA) decision illustrates the consequences of missing the big picture. In Ruggiero v. Mount Nittany Medical Center, the court addressed the interplay between a hospital’s vaccination policy and the ADA, holding held an employee’s ADA claim could proceed because the hospital failed to engage in the interactive process. The Court held the hospital had a duty to engage in the process once aware of her disability and request for accommodation, regardless of its policy requiring that all employees be vaccinated. More ›

On December 14, 2017, the National Labor Relations Board (Board) overruled the standard for joint employment set forth in Browning-Ferris and returned to longstanding, prior principles governing the determination of joint-employer status. With a new majority, the Board held “joint-employer status shall once again require proof that putative joint employer entities have exercised joint control over essential employment terms (rather than merely having “reserved” the right to exercise control); the control must be “direct and immediate” (rather than indirect), and joint-employer status will not result from control that is “limited and routine.”  The Board made clear it intended to align the determination of joint-employer status with the holdings of numerous federal and state courts. Although finding Browning-Ferris well-intentioned, the Board identified five fundamental flaws that warranted reversal. The Board’s decision is being widely viewed as a victory for employers as it removes ambiguities related to control and clarifies the standard for determining joint employment. More ›