Join Hinshaw for its Annual Labor & Employment Seminar in Illinois on October 6, 2015 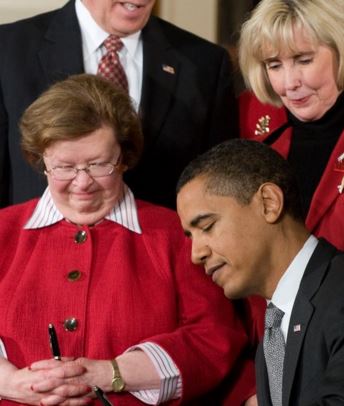 Hinshaw attorneys are hard at work preparing timely and interesting presentations for our 2015 Labor & Employment Law Seminar, set for Tuesday, October 6, 2015, in Hoffman Estates, Illinois. Have you been wondering...

Hinshaw experts will be answering all of these questions, as well as providing an annual update of the year's biggest stories, giving you a unique behind-the-scenes look at how Hinshaw attorneys think through common employer questions, and — to end the day — the return of our ever-popular "Advice on Tap" session where Hinshaw attorneys will answer your toughest questions over beer, wine, and snacks.

This year's seminar is being held at the Stonegate Conference & Banquet Centre from 9:00 a.m. until 5:00 p.m. Click to view Hinshaw's 2015 Labor & Employment Seminar brochure for additional details.

Space is limited, so REGISTER NOW!

Last month, we highlighted a revival of Department of Labor (DOL) rules expanding overtime and minimum wage coverage to home health care workers. At the time, it appeared likely that the decision in Home Care Association of America v. Weil could lead to the DOL to immediately enforcing previously-blocked 2013 regulations that were effective on January 1, 2015.  More ›

Student Interns: To pay or not to Pay?

With the school year just underway, thousands of students are heading off campus to begin student internships. (Hollywood is paying attention too.)  Of those interns, many go unpaid. In recent years, the number of students challenging their unpaid status and seeking minimum wage and overtime protections afforded by the Fair Labor Standards Act (FSLA) has increased dramatically. In the wake of these challenges, employers must carefully evaluate their internship programs, and answer this question: to pay or not to pay. More ›

Earlier this week, it was announced that BMW Manufacturing Co. and the EEOC had entered into a Consent Decree, resolving one of three high-profile suits over a company's use of background checks in the hire process that had been pending since 2013. The settlement requires BMW to pay $1.6 million to roughly 56 claimants and other applicants to be identified and provide job opportunities to rejected applicants. The deal was approved Tuesday, September 8th by the South Carolina federal judge overseeing the litigation. More ›

When was the last time you scrolled through an online statement of Terms and Conditions, just wanting to get to the bottom so that you can click “Agree” and move on with your day? By doing so, you legally committed to something, and you may not even know what it is. Would you believe that, as of September 1, a union could use a similar electronic form to gather employee signatures and trigger a representation election? Well, believe it. More ›

Most executive level employees have detailed employment agreements outlining the terms and conditions of their high-paying jobs. Putting such agreements in place is a really good idea for a number of reasons, even though it can be a cumbersome task during the "feel good" on-boarding process. But most companies work through the specifics of the agreement because certainty is better than uncertainly when it comes to contracts — especially when the relationship ends, which it always does for one reason or another (another bummer to particularize when bringing someone in). Because most of an executive's employment agreement is necessarily devoted to what happens when he or she leaves, these agreements often include a provision requiring arbitration to resolve any contract dispute (the validity of which is the subject of innumerable court opinions not tackled here). They usually also include a clause that establishes the venue of any dispute and which state law applies — or at least they should. One executive recently found out what happens if you fail to mention which state law applies — you lose. More ›

On September 3, Judge Richard Berman of Southern District of New York overturned the NFL's four-game suspension of New England Patriots’ quarterback Tom Brady.  Besides being a dream come true for ESPN, the ruling is quite significant from a labor and employment law perspective, as the judge drastically departed from courts' typical deference to arbitration awards and unwillingness to interfere with the language in collective bargaining agreements. More ›