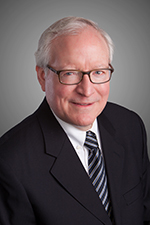 On June 3, 2021, the U.S. Supreme Court issued its opinion in Van Buren v. U.S. addressing a long-standing circuit split on employee computer access limits under the Computer Fraud and Abuse Act (CFAA). For many years the federal courts struggled with and disagreed over how to interpret the CFAA provisions that impose criminal and civil liability on a person who "intentionally accesses a computer without authorization or exceeds authorized access." 18 U.S.C. §1030(a)(2). The phrase "exceeds authorized access" is defined by the CFAA as follows: "To access a computer with authorization and to use such access to obtain or alter information in the computer that the accesser is not entitled so to obtain or alter." 18 U.S.C. §1030(e)(6). Unlike the typical employment scenario, the Van Buren case involved a police officer who used his access to a law enforcement database to search a license plate in exchange for $5,000.00 that was offered to him as part of a planned FBI investigation. The police officer was charged with a felony violation of the CFAA based on the allegation that his license plate search violated the "exceeds authorized access" provision of the CFAA. 18 U.S.C. §1030(a)(2). Specifically, the government's case against the police officer was that he used his authorized access to the license plate database for "an improper purpose" that included "any personal use." Van Buren, p. 4, citing App. 17. After the police officer was convicted by a jury, he was sentenced to 18 months in prison. On appeal the Eleventh Circuit affirmed by holding that the police officer had violated the CFAA by his action in accessing the law enforcement database for an "inappropriate reason." Van Buren v. U.S., 940 F.3d 1192, 1208 (9th Cir. 2019). More ›

It is often a challenge for employers to decide on who will deliver the bad news to an employee that their employment has ended. That decision may depend on who can connect with an employee and cause the least amount of personal and workplace turmoil.

Direct supervisors may rightfully claim they have special insight into certain workplace tensions and feel they are best positioned to steer clear of these tensions during a termination meeting with an employee. But in some instances, the law actually favors using Human Resources personnel or managers with less personal interaction with the employee. The Americans with Disabilities Act (ADA) is one such example, and employers should consider using management personnel who can credibly and demonstrably deny knowledge of personal observations or individualized data when ending an employment relationship with an employee considered "impaired" under the ADA. More ›

With the Illinois Supreme Court unanimously ruling that employees need not plead or prove a traditional injury or adverse harm in order to prosecute a claim under the Illinois Biometric Information Privacy Act (BIPA) (see, Rosenbach v. Six Flags Entertainment Corp., 2019 IL 123186 (Jan. 25, 2019)), the time is now for Illinois employers to review their workplace policies for biometric privacy issues. More ›

In Zander v. Orlich, No. 17-2792, (7th Cir. Oct. 30, 2018), the U.S. Court of Appeals for the Seventh Circuit decided how to construe and apply Indiana state tort law regarding vicarious liability.  The plaintiff in Zander was sexually assaulted by Lake County Indiana Deputy Sheriff Orlich.

When Deputy Sheriff Orlich responded to a domestic disturbance call placed by Zander's husband, he directed Zander to leave the home where the disturbance was occurring and to stay at her second home. Orlich received permission from his supervising officer to take Zander to her second home, but the home's electric panel was dismantled in addition to a host of other problems. After Orlich turned on the electricity and water heater, he tried and failed to fix the furnace. While attempting to perform repairs, Orlich told Zander that she could not return to her home for several hours. Orlich then left Zander, but 10 to 15 minutes later he returned to where Zander was staying, removed his uniform, and sexually assaulted Zander.  More ›

Implementing a Policy Review to Ensure You Are Protected Under The Computer Fraud and Abuse Act, Part 2: How to Conduct Your Policy Review

In Part 1 of this series, we discussed the Computer Fraud and Abuse Act (“CFAA”) and situations that are readily prohibited by the CFAA, such as when current or former employees gain access to an employer's databases or files to harm the employer or damage its business contacts. We also discussed how a policy review could be beneficial for your workplace. In Part 2, we will discuss how to conduct your policy review and questions you should consider throughout the review in more detail here. More ›

Ambrose McCall will be presenting "The Computer Fraud and Abuse Act: Navigating the New Normal of Workplace Technology and Cybersecurity" on Thursday, October 12, 2017, at the 22nd Annual Labor & Employment Seminar. This year's Seminar will be held at the Hilton Chicago-Northbrook in Northbrook, Illinois. Please visit our website for more details. More ›

Are Employee Wellness Programs OK Under the ADA? EEOC Says Yes, But...

Until recently, businesses looking to make sure that their employee wellness programs comply with the ADA were without much help from the EEOC — besides a series of surprisingly unhelpful opinion letters and a one-sentence answer in an online Q&A stating that voluntary wellness programs must not “require participation, nor penalize employees who do not participate,” the EEOC has not made entirely clear how the ADA does or does not restrict such programs. On April 20, however, the EEOC took an initial step towards clarity when it issued proposed ADA rules regarding these cost-saving measures — weight loss programs, smoking cessation efforts, health risk assessments, and so on. More ›

At some point in time, most employers or managers face a situation where an employee exhibits odd or off-putting behaviors, or behaviors that suggest the possibility that an employee could harm herself or other persons at the workplace. Navigating the maze of potential proactive and reactive measures to take has never been easy, and not much case law on the topic exists, especially outside the sphere of public safety positions in fire and police departments. Moreover, the EEOC has not specifically updated its March 25, 1997 Guidance on the Americans with Disabilities Act ("ADA") and Psychiatric Disabilities, other than noting that the 2008 amendments to the ADA change how the Act defines "disability." This state of affairs provides little direction or comfort to employers. Those who review the cited EEOC Guidance can also fairly say that the discussions contained in the Guidance can at times raise more questions than they answer. More ›

A core management task for employers is to properly schedule the workweek for their employees. If done correctly, an employer can reduce its obligation to pay overtime wages to its hourly, non-exempt employees. But an employer that fumbles in its scheduling of the workweek for its hourly employees can sustain liability under the Fair Labor Standards Act for unpaid overtime wages, liquidated damages, and attorney's fees.  29 U.S.C. Section 201 et seq. The U.S. Court of Appeals, Fifth Circuit, recently affirmed a summary judgment entered in favor of an employer that permanently changed its workweek schedule for a group of employees which had the effect of decreasing the amount of overtime wages that would have otherwise been paid by the employer. The employees had filed a class action complaint. More ›