Conflict between a public employer's interests and its employees' First Amendment rights were at issue in the case of Myers v. City of Centerville, Ohio, et al., No. 21-3850 (6th Cir. July 21, 2022). Plaintiff—a police officer—filed a §1983 First Amendment retaliation claim as well as several state law claims arising from his workplace suspension and termination. The public employer defendants filed a motion for judgment on the pleadings. In their motion, defendants argued that they should be dismissed from the case because they are entitled to qualified immunity and statutory immunity. The trial court disagreed. The trial court found that because plaintiff had pled a plausible First Amendment retaliation claim, defendants were not yet entitled to an immunity finding in their favor. 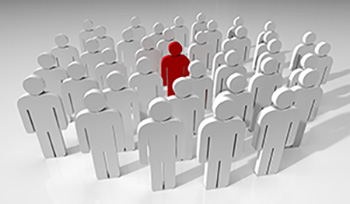 Some of the key facts referenced by the Sixth Circuit include that in 2018, plaintiff sought whistleblower protection for a meeting with the City Manager. At the meeting, plaintiff reported theft and dereliction of duty charges against the Police Chief and child pornography allegations against a supervisor and Lieutenant in the department (Lavigne). Plaintiff met with an attorney appointed by the City Manager. When the attorney stated that he would conduct an investigation into the claims against the Chief,  the Chief resigned. Plaintiff was interviewed for the open Chief post but was not hired. Notably, when plaintiff interviewed for the Chief post, Lavigne was one of the interview panel members. Plaintiff was neither promoted to the post of Chief, nor was he selected to the other two open Lieutenant posts for which he had also applied. In addition, after gaining admission to the FBI National Academy, the offer plaintiff had received was rescinded after a background investigator spoke to Lavigne.

The key issue of this workplace dispute revolved around a letter plaintiff wrote in support of a terminated public works department employee. Plaintiff sent the letter to the terminated employee's attorney—not the City. In the letter, plaintiff did not deny that his non-departmental colleague used offensive language. Instead, the letter detailed that the use of such language permeated the workplace. Plaintiff wrote that the City would be better served by imposing workplace discipline rather than termination which singles out individual employees.

A month later, plaintiff was called to a supervisory meeting to discuss his letter. At the meeting, plaintiff was not told that he had done anything wrong or that the contents of his letter had disparaged the City. However, at a later meeting with Lavigne, plaintiff was told that he would be brought up on workplace charges, but no policies were identified as having been violated by plaintiff. Eventually, Lavigne informed plaintiff that he violated several City and Departmental rules by writing his letter—one of which was insubordination because he was previously directed not to intervene in disciplinary matters involving other employees. Plaintiff was suspended for five days without pay for his alleged insubordination and criticism of the City. When the City supervisors later learned that plaintiff had recorded one of their meetings without their knowledge, plaintiff was then placed on paid administrative leave pending an investigation.

Later, plaintiff was fired—not for writing his letter—but for his misconduct relating to withholding of the audio recording.

Plaintiff sued defendants alleging First Amendment retaliation based on his letter, as well as five state-law claims. Defendants argued that the content and recipient of plaintiff's communications did not qualify for First Amendment protection and moved for judgment on the pleadings. The appellate court noted, however, that plaintiff's letter also detailed a systemic concern that the public works employee had been "unfairly fired for misconduct that the City otherwise tolerated." Myers, at p. 23. The court then cited a series of prior cases where similar concerns over hiring practices used by a governmental employer qualified for First Amendment protection. After providing its legal analysis, the court concluded that there is no material distinction between protected communications about unfair hiring practices and the speech at issue over unfair firing practices. As a result, the court held that the public employee's right to make such speech under the First Amendment was clearly established.

The court's analysis also focused on the public interest in firing one employee for conduct previously tolerated by the City. This larger context elevates plaintiff's letter from an internal dispute to a matter of public concern.

Defendants fared no better when stressing that the plaintiff's speech was not entitled to constitutional protection, because the letter was not published or circulated to the public. The court had previously stressed the language in the letter which noted how the City would be better served by recognizing and addressing the overall nature of the alleged bigoted communications at its workplace. The court also underscored that the determination of whether speech addressed a matter of public concern was "not premised on the communication of that speech to the public."  Myers, at p. 27, citing Mayhew v. Town of Smyrna, 856 F.3d 456, 469 (6th Cir. 2017).

While the Myers opinion delves into other constitutional law doctrines, the key components from the court's analysis suggest that public employers add, incorporate, or underline certain points in their procedures when confronting language that raises systemic workplace concerns. The following are techniques that public employers can use when addressing such systemic workplace concerns:

1) Identify the point of the communication;

2) Identify the scope of the speech;

3) Identify the potential audience for the speech;

4) Identify or create procedural policies that set forth how to meet and communicate about employee speech about systemic concerns after identifying Nos. 1 through 3;

5) Identify the policies implicated by the speech and any response to the speech; and

6) Consider means of having other persons, who are not the focus or target of such speech, involved in addressing and responding to systemic concerns when they are raised.

One of the many alternatives include adapting and using existing policies for the same purposes while meeting with counsel. Failure to do so can create additional issues that can become harder to address. Public employers who do not map out one or more methods for employees to use when making protected speech about systemic public concerns may lose the ability to effectively manage their HR and open the door to other litigation risks.