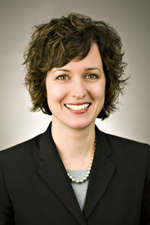 Aimee E. Delaney
Partner
adelaney@hinshawlaw.com
312-704-3258
View Bio
Aimee Delaney counsels employers on all aspects of the employment relationship. She is passionate about working with her clients to provide …

On September 7, 2022 the National Labor Relations Board (NLRB or the Board) issued a new Proposed Rule governing joint employer status. The proposed rule seeks to change the standard for determining whether two collaborating employers will be considered joint employers under the National Labor Relations Act (Act). If finalized, the new rule is expected to take effect in 2023. More ›

Seven years after the Supreme Court's decision in Young v. UPS articulated the legal standard required to establish intentional discrimination in the context of pregnancy discrimination, the United States Court of Appeals for the Seventh Circuit unanimously affirmed summary judgment in favor of the employer and its light duty policy, which was limited only to employees injured on the job. If you initially scratched your head and wondered how such a decision could be reached post-Young, we'll help unpack the apparent discrepancy. More ›

As Illinois employers get into the swing of 2019, do not forget Illinois has a new and additional posting requirement that came about as a result of amendments to the Illinois Human Rights Act in the Fall of 2018. That posting requirement obligates employers to post the notice found here with your other postings to employees and to include the substance of the content in your employee handbooks. It reminds employees of their right to be free from discrimination, sexual harassment, and retaliation, as well as their right to a reasonable accommodation for pregnancy and disabilities. More ›

Make Sure You Are Using the New FMLA Forms

On September 4, 2018, the Department of Labor issued new FMLA notices and certification forms.  The changes made are procedural in nature and were the result of the DOL's obligation to submit its forms to the Federal Office of Management and Budget every three years.  The prior forms expired on May 31, 2018, however, they were renewed on a temporary basis pending approval by the OMB.  Now that the approval is completed, the new forms reflect the updated expiration date of August 21, 2021.  To ensure you are using the updated forms, be sure to look for this new expiration date in the upper right-hand corner of the DOL Wage and Hour Division form.  Though the substance of the forms does not appear to have changed, employers will want to make sure they have switched to most current forms.   More ›

In the ongoing series of updates on the status of OSHA's electronic reporting, we have another development.  More ›

On Tuesday, the Office of Management and Budget (OMB) issued a stay of the EEOC's collection of information on pay data on EEO-1 reports.  More ›

As reported by the Employment Law Observer in June, OSHA has formally proposed to delay the July 1, 2017 deadline for electronic injury and illness reporting to December 1, 2017. Since announcing the delay, OSHA formally launched the Injury Tracking Application (ITA), which will serve as the secure website covered employers will use to electronically report mandatory injury and illness information. This was the missing piece preventing the July 1, 2017 deadline from taking effect, as OSHA had not set up the portal in advance of the original deadline.  More ›

With the July 1, 2017 deadline looming for OSHA's electronic reporting requirement, it came as a relief to employers when, in May. OSHA gave word that it intended to propose extending this deadline.   More ›

OSHA has announced it intends to propose extending the July 1, 2017 deadline by which certain employers were scheduled to begin reporting workplace injuries and illnesses electronically, as required by OSHA's new rule.  This may not come as a surprise, as the electronic portal through which reporting is to be made has not been created.  Updates will be posted to OSHA's webpage, which you can find here, when available.  More ›