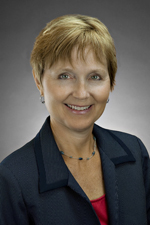 FMLA Case Demonstrates that Employees Cannot Use Protected Leave as a Shield Against Warranted Discipline, Even Discharge

The intersection between an employer's obligations under the Family & Medical Leave Act (FMLA) and its enforcement of performance standards sometimes feels fraught with fear. However, nothing in the FMLA prohibits an employer from taking action against an employee for legitimate reasons, even when that employee is on or returns from a protected leave. Those were the issues before the Seventh Circuit Court of Appeals in Anderson v. Nations Lending Corporation decided on March 9, 2022. More ›

Most employers are familiar with the Americans with Disabilities Act (ADA) and its requirement  to provide reasonable accommodations to qualified individuals with disabilities. There is less certainty about the extent of this obligation. For example, what if no reasonable accommodation could eliminate the danger—the "direct threat"—the individual poses in the workplace? More ›

Guidance on Intersection Between ADA Workplace Accommodation and COVID Long-Haulers

Employees and employers now find themselves well into year two of a global pandemic. Unfortunately, some people who contract COVID-19 do not fully recover. Known as "COVID long-haulers," these individuals suffer from a range of conditions that persist well beyond when they first contracted the virus. The impacts of "long-COVID" have left some individuals disabled, by definition, under the Americans with Disabilities Act (ADA) and similar state and local laws. However, not every condition will qualify. Below, we consider steps employers can take to ensure they're providing appropriate accommodations and mitigating potential litigation. More ›

By definition, the hallmark of the fluctuating workweek (FWW) is that the hours fluctuate. Now, following another opinion letter from the U.S. Department of Labor (DOL) on the topic, employers know that this does not mean fluctuating below 40 hours per week.

The DOL was asked to weigh-in on whether an employee's time had to dip below 40 hours in order to qualify for the FWW method of calculating overtime pay. In answering the inquiry, the DOL asserted that there is nothing in the language of the regulation that requires weekly hours to vary both above and below the 40-hour threshold. More ›

According to the Illinois Workplace Transparency Act (IWTA), Illinois employers with at least one employee working in Illinois must provide annual sexual harassment training. Effective January 1, 2020, IWTA amended the Illinois Human Rights Act (IHRA) to require that training must commence before December 31, 2020, and occur every calendar year. The Illinois Department of Human Rights (IDHR) recently released a model training program for Illinois employers. To date, the new training requirements have not been affected by the shelter-in-place orders. More ›

The U.S. District Court for the Western District of Wisconsin recently addressed an employer's responsibilities to accommodate an employee's religious beliefs. In EEOC v. Walmart Stores East, LP, the court examined whether Walmart was required to accommodate a candidate for an assistant manager position who informed Walmart—after he received his offer—that he could not work on Saturdays due to his religion. Walmart ultimately withdrew the offer of employment, but offered the employee the opportunity to seek a non-management position as well as the assistance of human resources in his job search. The employee refused Walmart's offer and asserted claims of religious discrimination and retaliation under Title VII. More ›

The United States Court of Appeals for the Seventh Circuit recently articulated a new statutory framework for determining whether notice to a putative plaintiff should be issued under the Fair Labor Standards Act (FLSA). At issue was whether a district court may authorize notice to potential plaintiffs who had entered into arbitration agreements waiving the right to participate in a collective action; or in the alternative, whether these employees are “similarly situated” to a plaintiff that has not waived their right to participate in a collective action. More ›

U.S. Department of Labor Rings in the New Year with New Opinion Letters Regarding FMLA and the FLSA

The U.S. Department of Labor (DOL) issued three opinion letters on January 7, 2020—one addressing the Family Medical Leave Act (FMLA) and two on the Fair Labor Standards Act (FLSA). The FMLA letter clarifies whether a combined general health district must consider employees of the county located in said health district when determining FMLA eligibility. As for the FLSA letters, one explores how a nondiscretionary bonus factors into an employee's regular rate of pay, while the other looks at whether per-project payments satisfy the salary basis test for exemption. Below, we take a closer look at each of these letters. More ›

On November 8, 2019, Governor Andrew Cuomo expanded the list of protected categories under existing New York City Human Rights Law by signing the New York Reproductive Choice Law. Under this provision, employers are prohibited from discriminating against employees or their dependents for their reproductive health decisions. Specifically, the law prohibits employers from accessing personal information about an employee or dependent's "use or access of a particular drug, device or medical service without the employee's prior informed affirmative written consent." Further, employers cannot retaliate against or treat an employee differently because they "use or access a particular drug, device or medical service." More ›

On July 31, 2019, Illinois joined a growing list of state and local governments that have banned employers from using salary history in the hiring process. For those keeping count, there are now 18 state bans and 18 municipal bans nationwide. Illinois adopted its salary history ban through an amendment of the Illinois Equal Pay Act of 2003. Once the ban goes into effect, Illinois employers, employment agencies, and staff will be prohibited from seeking salary history information from a job candidate or her past employer. The main purpose of these bans is to bridge the wage gap between men and women doing the same or similar jobs. Many believe salary history information is used to perpetuate the long-running salary differences between the sexes, because employers have historically set starting salaries based on last reported wages by the applicant. The ban brings significant changes for employers, so it is likely that litigation in this area will increase. Fortunately, there are proactive steps employers can take to prepare for the ban, which goes into effect September 29, 2019. More ›