U.S. Department of Labor Rings in the New Year with New Opinion Letters Regarding FMLA and the FLSA

The U.S. Department of Labor (DOL) issued three opinion letters on January 7, 2020—one addressing the Family Medical Leave Act (FMLA) and two on the Fair Labor Standards Act (FLSA). The FMLA letter clarifies whether a combined general health district must consider employees of the county located in said health district when determining FMLA eligibility. As for the FLSA letters, one explores how a nondiscretionary bonus factors into an employee's regular rate of pay, while the other looks at whether per-project payments satisfy the salary basis test for exemption. Below, we take a closer look at each of these letters.

The only contrary factor was that the U.S. Census Board treated the governmental agency as a subordinate agency. However, this was not enough to overcome the vast majority of the factors supporting a conclusion that the health district was separate from the county government. Ultimately, this means only employees of the health district would be counted toward possible FMLA coverage.

The first FLSA letter of 2020 addresses how to factor a nondiscretionary bonus into an employee's regular rate of pay. In the scenario presented, the employer provided a $3,000 bonus for employees who completed a ten week training session, which was payable at the completion of the ten weeks. Nondiscretionary bonuses are remuneration that must be factored into the employee's regular rate of pay. In this case, it was an easy calculation because the bonus was payable upon the completion of the ten week training. Under 29 CFR § 778.209(b), the bonus was not attributed to a specific week, thus the employer may "assume that the employee earned an equal amount of bonus each week of the period to which the bonus relates…" (emphasis in original). 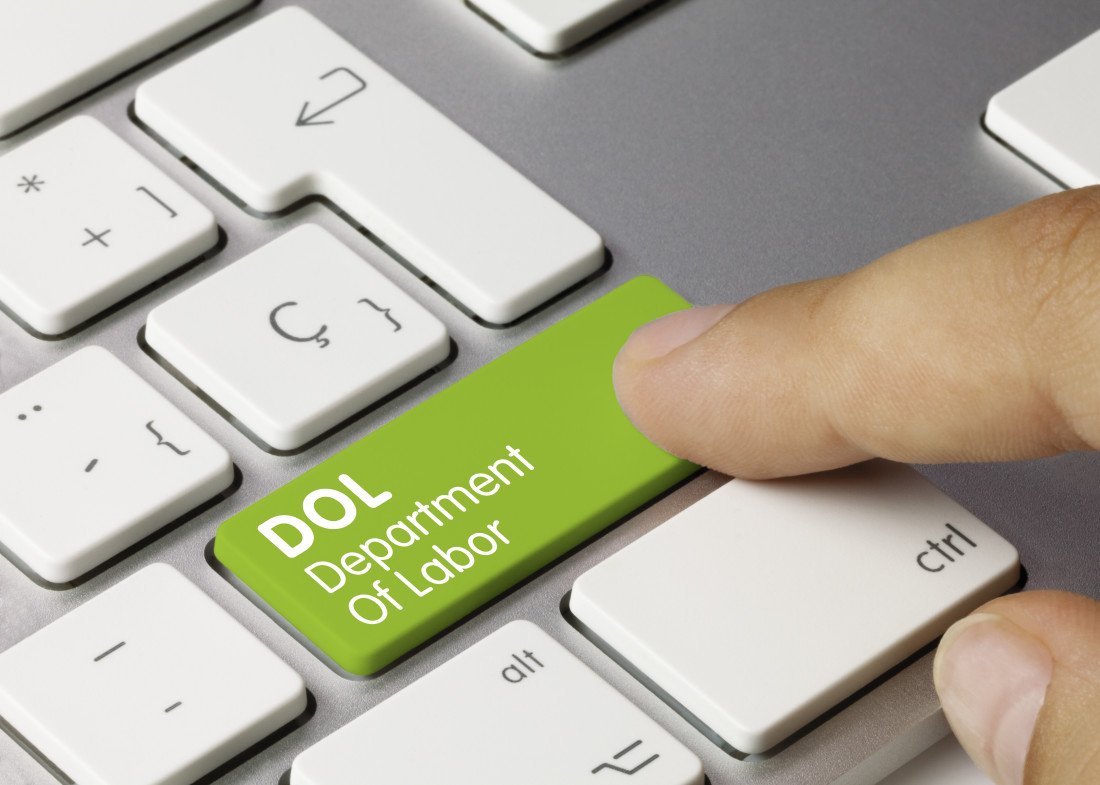 Finally, the DOL discussed an employer's use of a set amount of money for a school district consultant who was paid for work under two formulas. By way of background, the employee in question was paid $80,000 to develop a literacy program. The employee received 20 biweekly payments of $4,000 (i.e., $2,000/week) without regard to the number of hours spent working in each work week. This payment only compensated the employee for this particular project; no other work was required of the employee to receive this pay.

The DOL held that this compensation system represented a proper salary basis under the administrative and professional exemptions. While the DOL noted that both exemptions contemplate a salary or fee basis, they did not analyze the $80,000 as a fee. Instead, the DOL considered it as constituting a salary that was not subject to variance due to the quantity or quality of work.

The school district engaged this employee on a second project. It lasted eight weeks and included developing and conducting five teacher workshops. The employee was paid an additional $6,000 for this work, which was received in four biweekly payments of $1,500.

Although the work and compensation in project two was expected to overlap that of project one, payment for project two did not upset the underlying salary basis this employee received for project one. Wage and hour regulations provide that employers can pay employees additional remuneration without risking an exemption or violating the salary basis needed to support the exemption. "As long as there is a non-deductible minimum, additional compensation on top of the non-deductible salary is permissible." (cite omitted).

This opinion letter is a reminder to employers that they can reward exempt staff with additional compensation—even if that additional compensation is paid as a flat sum, bonus, or even an hourly amount—without fear of upsetting the salary basis on which the employee is paid. Employers can also take satisfaction in the DOL's proclamation that the FLSA exemptions are a key part of the wage/hour law. The Wage and Hour Division stressed that this statutory language was entitled to a "fair" interpretation, rather than a narrow one, "because the FLSA's exemptions are as much a part of the FLSA's purpose as the [minimum wage and] overtime-pay requirements." (cite omitted). Employers caught up in exemption litigation can use this to argue to the court to accept a plain reading of the exemption, instead of a narrowly tailored application that some courts have adopted.