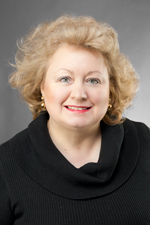 Both the U.S. Senate and House have passed the Defend Trade Secrets Act of 2016, and it is expected to be signed by President Obama in short order. More ›

On April 30, 2015, the Wisconsin Supreme Court took a stand on a hot-button for employers by holding that continued at-will employment is legal consideration that will support a reasonably drafted restrictive covenant signed by a current employee. Runzheimer International, Inc. v. Friedlen, 2015 WI 45. More ›