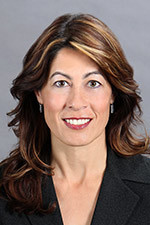 California law typically frowns on contracts that restrict a person's ability to engage in trade for their chosen profession. In keeping with this philosophy, the California legislature has passed AB 749, which was recently signed into law by Governor Newsom. Employers are encouraged to review their settlement agreements to address the new prohibition of no-rehire provisions before the law goes into effect on January 1, 2020. More ›

In a recent 8-0 decision, the U.S. Supreme Court upheld a Ninth Circuit Court of Appeals decision holding the Age Discrimination in Employment Act (ADEA) applies to public employers of any size. More ›

In Guido v. Mount Lemmon Fire District, the Ninth Circuit Court of Appeals held that the Age Discrimination in Employment Act (ADEA) applies to public employers of any size.

John Guido and Dennis Rankin were hired by Mount Lemmon Fire District (in Arizona) in 2000. They served as fire captains until June 15, 2009, when they were laid off. At the time of the layoffs, Guido was 46 and Rankin was 54 years of age. They were the oldest employees at the Fire District. In April 2013, the two sued their former employer for age discrimination. More ›