The United States Supreme Court issued its long-anticipated decision in Janus v. American Federation of State, County and Municipal Employee Council 31 on June 27, 2018.  The five to four majority held that requiring public-sector employees who are not union members to pay union agency fees violates the First Amendment.  In the final paragraphs of the majority opinion, the Court made it clear that in the context of a public sector employer-union relationship, non-member employees in the bargaining unit must provide express consent before union dues can be deducted from their paychecks.  Janus' implications for public employers are wide-ranging. However, the immediate question that unionized public-sector employers must address is how to administer existing agency fee provisions in collective bargaining agreements and distinguish between union members and non-members, whose express consent is now required before union dues can be deducted from their paychecks.  It is important to note that this decision is grounded in constitutional principles and only applies to public sector unionized employees. More ›

Department of Labor's Persuader Rule Convinces No One 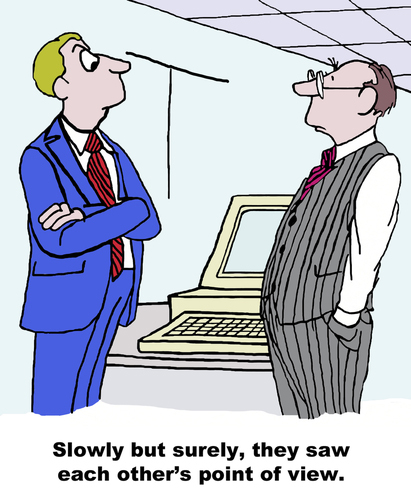 Generally, the LMDRA regulates the public reporting obligations of businesses seeking legal and non-legal counsel to oppose or manage relations with unions. A consultant, known as a "persuader," helps an employer navigate organizing drives and labor disputes. Before this final rule, The LMDRA required "direct" persuader activities to be reported, such as meetings between the persuader and employees, but exempted "indirect" activities, such as the preparation of materials for the employer to provide to its employees. More ›

An employer was required under its union contract to deduct monthly union dues from employees’ paychecks. The employer failed to deduct the dues for several consecutive months. Realizing the mistake, the union sent an e-mail to the employer, and the employer immediately resumed the deductions without collecting the back dues. The union neither attempted to collect the delinquent dues nor notified members about the error. Six months later, a new employer took over the union contract and filed a petition to decertify the union. During the decertification campaign, the union distributed a flyer notifying employees about the delinquent dues and promising that the dues would never be collected if the employees voted to retain the union. The employees subsequently voted in favor of the union. The employer objected to the outcome, arguing that the union’s promise to waive dues violated the National Labor Relations Act (NLRA). Under the NLRA, neither a union nor an employer may make or promise to make a “gift of tangible economic value” as an inducement to win support during a decertification campaign. The National Labor Relations Board reasoned that employees reasonably would infer under the circumstances that the purpose of the union’s promise was to induce them to support the union, and that the promise therefore “constituted an objectionable grant of a tangible financial benefit.” As a result, the Board ordered that the election should be set aside and a second election held. Employers should keep a close watch during decertification campaigns to ensure that unions do not promise any financial benefit to union members, but must also remain aware that employers themselves are subject to the same requirement.