The United States Supreme Court issued its long-anticipated decision in Janus v. American Federation of State, County and Municipal Employee Council 31 on June 27, 2018.  The five to four majority held that requiring public-sector employees who are not union members to pay union agency fees violates the First Amendment.  In the final paragraphs of the majority opinion, the Court made it clear that in the context of a public sector employer-union relationship, non-member employees in the bargaining unit must provide express consent before union dues can be deducted from their paychecks.  Janus' implications for public employers are wide-ranging. However, the immediate question that unionized public-sector employers must address is how to administer existing agency fee provisions in collective bargaining agreements and distinguish between union members and non-members, whose express consent is now required before union dues can be deducted from their paychecks.  It is important to note that this decision is grounded in constitutional principles and only applies to public sector unionized employees. 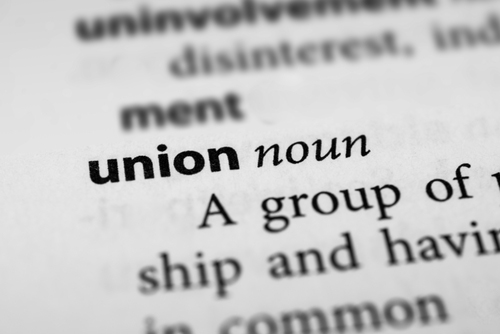 Janus involved an Illinois state employee, Mark Janus, who objected to the collective bargaining position of AFSCME Local 31. The union represents approximately 35,000 public employees in Illinois, including workers in Janus’s unit.  Janus did not believe the union’s bargaining position reflected his personal interests or the interests of the people of Illinois. He consequently refused to join AFSCME Local 31 and objected to paying the monthly agency fee.

Public employee unions enjoy the exclusive right to represent workers in a designated bargaining unit. They are also obligated to represent all employees within the bargaining unit during collective bargaining negotiations, contract administration and grievance/arbitration matters, regardless of whether the employee is a member of the union.  In exchange, public employees pay a monthly "agency fee" to the union for representing them.  Prior to Janus, the union could use fair share fees only to fund union activities that benefitted non-members, such as collective bargaining. However, the funds could not be used for activities such as expressing political views and supporting political candidates. Janus addressed the conflict between an employee’s First Amendment rights and the collectively bargained obligation requiring the employee to pay agency fees.  At the heart of the dispute in Janus is the often hazy line between a union’s public policy advocacy, its political speech and other political activities on the one hand, and its obligation to represent the bargaining unit members in collective bargaining, grievance matters and contract administration on the other.  The fact that collective bargaining initiatives often implicate the public policy and political activities of a union placed the issue of payment by non-consenting employees squarely before the Court.

The Supreme Court majority concluded that unions significantly impinge on the First Amendment rights of non-member, public employees when they are required by a collective bargaining agreement to provide financial support for a union that may take positions during collective bargaining which have powerful political and civic implications.  Many of the topics of bargaining under the Illinois Public Relations Act (“IPRA”) have policy implications, such as merit pay, the size of the workforce, layoffs, privatization, promotion methods and non-discrimination policies.  In addition, AFSCME Local 31 has taken strong positions in favor of preserving public employee pensions, which Janus viewed as a financial burden on the State of Illinois and a significant contributor to State deficits.  AFSCME Local 31 also has advocated for an increase in the State income tax, and even a graduated income tax based upon ability to pay.  The Court noted that the positions taken and advocated by AFSCME Local 31 clearly cross over into important political discourse.  Despite the fact that these topics are matters related to terms and conditions of employment, and therefore within the traditional realm of union bargaining, the Court ruled that individual employees who object to the political content of a union’s speech and bargaining and lobbying positions should not be obligated to subsidize it in any way.

The Court noted that AFSCME Local 31’s offered justification for the agency fee provision failed to withstand strict scrutiny analysis, and even failed to survive what is known as the Pickering balancing framework in which the Court attempts to reconcile an employee’s speech rights with a person’s public responsibilities as an employee.  The Court found the Pickering analytical framework inappropriate in the context of this case. Pickering was designed to determine whether a public employee’s speech interferes with the effect of operation of the government office, not when, as in this case, government compels speech or speech subsidies in support of the speech of a third party, such as a union.

What should a public employer do with an existing contractual commitment to make agency fee deductions? The Court is very clear on this point and stated that public sector unions cannot extract agency fees from non-consenting employees.  Clear and unambiguous consent is required.

From whom does a union and an employer need consent to deduct union dues and what level of evidence must exist to demonstrate that consent?  Public employers can assume that employees who are and remain members in a public employee union may continue to have dues deducted without the necessity of a further clarifying consent.  However, neither an agency fee, nor any other payment, may be deducted from a non-member’s wages unless the employee “affirmatively consents to pay.”  The employee's consent must be shown by “clear and compelling evidence,” according to the Court.  Therefore, public employers must have a process in place to differentiate clearly between members and non-members of a public employee union and to document the existence of consent for non-members.  At this time, it appears that actual membership in the union may be deemed an appropriate consent to payment of union dues if the parties have collectively bargained for a dues check-off provision.  Under such a provision, the employer withholds union dues from an employee’s compensation much like an employer withholds for taxes and insurance contributions. On the other hand, non-members must clearly provide consent before deductions can be made.  At this time, nothing short of a signed consent would be appropriate.

Ultimately, public employer must immediately determine who is a member and who is currently an agency fee payer, and written consent likely will be required from each member of the latter group.  Many collective bargaining agreements contain mechanisms under which the employer and union cooperate to periodically identify which employees fall into the two categories.  If the collective bargaining agreement is silent on the process, employers should consider implementing such mechanisms, perhaps through an interim agreement with the union or through more formal consensual mid-term bargaining, on how to handle the ongoing dues payment obligation for those members who resign.  Those mechanisms need to be accelerated and addressed immediately in the aftermath of Janus. Employers also should anticipate that there might be employees who will resign their membership in a union to avoid paying dues.  For further information, contact Tom Luetkemeyer or Sunghee Sohn.