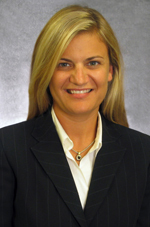 On January 20, 2021, President Biden announced the principal points of his American Rescue Plan (the Plan), a new COVID-19 relief package that would revive the federal mandate on employers to provide paid sick and paid FMLA leave for certain COVID-19-related absences. On February 1, 2021, Republican lawmakers responded with a competing relief package that does not include those paid leave mandates. As of now, neither side has released a draft of the actual proposed legislation. Much of what we know comes from the announcement released by the Biden administration and a chart from Republican Senators. More ›

In Gogel v. Kia Motors Mfg. of Ga., the Eleventh Circuit examined Title VII's opposition clause and the extent to which "oppositional conduct" can be considered so unreasonable that it loses Title VII protection. In this case, Kia fired its HR manager for strongly encouraging an employee to file a discrimination lawsuit against the company. Once terminated, the HR manager sued the company for retaliation, arguing that her actions were protected by Title VII's opposition clause. The court rejected the argument and the claim, handing a victory to employers. More ›

On August 12, 2019, the National Labor Relations Board (NLRB) issued three proposed amendments to the rules on union representation elections. These three amendments, outlined below, would change the "blocking charge" policy, the voluntary recognition bar, and the rule on contractual representation clauses in the construction industry. More ›

On December 22, 2011, The National Labor Relations Board (the “Board”) is set to publish final amendments to the procedures for union representation elections. These final amendments ( “Amendments”) follow a heated debate with opponents claiming that the changes allow unions to “ambush” employers with union elections and force employees to make quick, uninformed decisions about whether to unionize. Proponents, on the other hand, hailed the Amendments as an effort to end unnecessary litigation and remove unnecessary delays in effectuating an employee’s free choice. Prior to the Amendments, employees have had at least thirty-two (32) days to consider union representation after an election petition is filed. With the Amendments, the regional director has complete authority to set the time-frame for an election, allowing for an election to occur in as little as ten (10) days after an election petition is filed. More ›