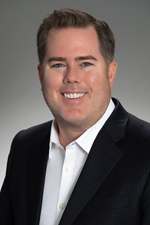 Andrew M. Gordon
Partner
agordon@hinshawlaw.com
954-467-7900
View Bio
Andrew Gordon, for more than a decade, has assisted businesses and their management teams throughout the United States in accomplishing their goals …

On April 22, 2022, Governor DeSantis signed into law the Individual Freedom Act—otherwise known as the "Stop WOKE Act"—which set to amend several statutes relating to education and employee rights. Scheduled to go into effect on July 1, 2022, the Stop WOKE Act prohibits employers from mandating employees to attend trainings that endorse certain topics regarding race, color, sex, and/or national origin. We previously wrote a byline which explained in further detail what the Stop WOKE Act specifically prohibits. More ›

Beginning next year, Florida’s minimum wage is going up.

The 11th Circuit recently held that an officer at a county jail in Florida who was undergoing treatment for cancer cannot proceed with her Americans with Disabilities Act ("ADA") claim because she failed to identify a reasonable accommodation that would allow her to perform the essential functions of an available position. More ›

Department of Labor: Married Same-Sex Couples have FMLA Rights Regardless of State of Residence

The U.S. Department of Labor ("DOL") recently announced its Final Rule changing the definition of "spouse" in the Family and Medical Leave Act ("FMLA") to include most same-sex married couples. The Final Rule becomes effective March 27, 2015.   More ›

On January 21st, the Supreme Court affirmed a former air marshal's right to whistleblower protection relating to his leaking of air security plans to the media. The 7-2 decision written by Chief Justice John Roberts in the case, Department of Homeland Security v. MacLean, No. 13-894 (U.S. January 21, 2015), represents a rare victory for government whistleblowers who expose dangers to public health or safety. More ›

11th Circuit: The EEOC can't Always get what it Wants

The 11th Circuit Court of Appeals recently shouted down the EEOC's broad subpoena powers when it held that the Commission wasn't entitled to hiring and firing information relating to Royal Caribbean's workers and job applicants who were not U.S. citizens, because that information had no bearing on the charge before the EEOC.

The Sixth Circuit recently upheld a Michigan district court's decision to dismiss a 52-year-old African-American female security guard's age, race, and sex discrimination claims arising from her discharge following an incident with a combative psychiatric patient at the hospital where she worked. More ›

The Fifth Circuit Court of Appeals has historically been one of the more restrictive federal appellate courts in its definition of an "adverse employment action." The court recently held, however, that a city police department's restriction of a detective's responsibilities after his return from a disciplinary suspension was sufficient to fall within the category of "adverse employment action." More ›