On April 22, 2022, Governor DeSantis signed into law the Individual Freedom Act—otherwise known as the "Stop WOKE Act"—which set to amend several statutes relating to education and employee rights. Scheduled to go into effect on July 1, 2022, the Stop WOKE Act prohibits employers from mandating employees to attend trainings that endorse certain topics regarding race, color, sex, and/or national origin. We previously wrote a byline which explained in further detail what the Stop WOKE Act specifically prohibits. 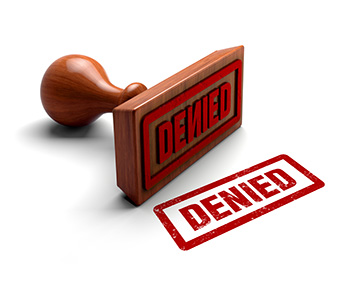 On June 27th, Chief Judge Mark E. Walker (Judge Walker) issued a detailed denial of the Plaintiffs' motion. Since the passage of the Stop WOKE Act, our coverage has been focused on its impact on employers. As such, for purposes of analyzing Judge Walker's ruling, we are only going to address his opinion as it relates to Dr. Hodo, who made arguments against the Stop WOKE Act from the perspective of an employer. To that end, Judge Walker denied Dr. Hodo's motion after finding that she lacked standing.

Dr. Hodo argued that she had standing under two theories: (1) that she had jus tertii, or third-party, standing to assert the rights of the employers who would otherwise hire her, and (2) that she, herself, suffered a direct injury because the enforcement of the Stop WOKE Act would prohibit employers from hiring her. See Falls v. DeSantis, 2022 U.S. Dist. LEXIS 112596, 22 (Fla. N.D. 2022). Judge Walker disagreed with Dr. Hobo on both theories.

Under the first theory, Judge Walker acknowledged that a party may assert the rights of another when they have a close relationship with a person who is hindered from protecting their own interests. See id. (citing Kowalski v. Tesmer, 543 U.S. 125, 130 (2004)). In Dr. Hodo's case, she argued that she had a close relationship with her potential clients (i.e. employer corporations) who could not assert their own First Amendment rights. Judge Walker held, however, that (1) a consultant does not have a close relationship with their potential clients; and (2) even if they did, employer corporations are not precluded from challenging a violation of their First Amendment rights. See id. at 24. Accordingly, Dr. Hodo lacked third-party standing to move for a preliminary injunction.

With respect to the second theory, Judge Walker found that Dr. Hodo did not suffer a direct injury. Under the second theory, Dr. Hodo attempted to argue that because the Stop WOKE Act effectively prohibits employers from having mandatory diversity and inclusion trainings, Dr. Hodo—as a diversity and inclusion consultant—will not be hired by employers. Thus leading to Dr. Hodo losing clients. See id. at 24. Dr. Hodo failed, however, to prove that she suffered a direct injury by losing clients at the time she moved for the preliminary injunction.

Accordingly, Judge Walker found that Dr. Hodo's assumption that employers will not hire her in the future was not sufficient to meet her burden of establishing a direct injury. See id. at 25. Indeed, Dr. Hodo did not claim that she actually lost any clients, that any of her clients stated that they would not hire her, or that any of her clients were hesitant about hiring her. See id. Given that, Judge Walker held that Dr. Hodo was not entitled to a preliminary injunction.

Notwithstanding the denial of the Plaintiffs' preliminary injunction, the Court clarified that it was not determining whether the case would move forward or be dismissed. See id. at 26. The Court specifically stated that it was not determining whether the Stop WOKE Act was "constitutional, morally correct, or good policy." Id. The Defendants have filed a motion to dismiss the Plaintiffs' Complaint, which has not yet been set for hearing.

As always, we will continue to keep you updated as we follow this lawsuit.