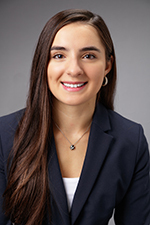 Seven years after the Supreme Court's decision in Young v. UPS articulated the legal standard required to establish intentional discrimination in the context of pregnancy discrimination, the United States Court of Appeals for the Seventh Circuit unanimously affirmed summary judgment in favor of the employer and its light duty policy, which was limited only to employees injured on the job. If you initially scratched your head and wondered how such a decision could be reached post-Young, we'll help unpack the apparent discrepancy. More ›

It just got harder to get out of working on the Sabbath on the basis of religion. The United States Court of Appeals for the Third Circuit recently issued its opinion in Groff v. Dejoy, rejecting a mail carrier's repeated attempts to avoid working on Sundays due to his religious beliefs. The Court's opinion centered on the reasonableness of accommodations that would adjust an employee's work schedule for religious reasons and ultimately concluded that granting Groff's request for a blanket exemption from Sunday work would have placed an undue hardship on the United States Postal Service. More ›