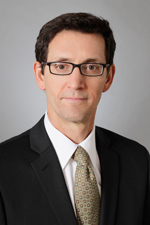 An employee of the United States Army alleged that certain adverse employment actions by the Secretary of the Army resulted from discrimination. She filed for Chapter 7 bankruptcy protection, but failed to list the discrimination action as an asset on her bankruptcy schedules. Only when the employer moved to dismiss the action on the ground of judicial estoppel did the employee amend her bankruptcy schedules to add this potential asset. The district court found that judicial estoppel barred her action in that there was no evidence to suggest that her original failure to list the discrimination case as an asset was inadvertent or mistaken. Her case was accordingly dismissed.

The employee appealed, and the Ninth Circuit Court of Appeals affirmed, finding that, in light of the timing of the employee's amendment of her bankruptcy schedules and her choice not to file a declaration explaining her initial error, no reasonable fact-finder could conclude that the omission was inadvertent or mistaken. More ›