The battle over Scabby the Rat took another turn on July 21, 2021, when the National Labor Relations Board issued its anticipated decision and order in International Union of Operating Engineers, Local 150 and Lippert Components, Inc.

Scabby is a large, 12-foot-high inflatable rat with red eyes, menacing fangs, and claws. Unions often use it to inform the public that they have a dispute with a non-union employer. The rat often is used in construction trades when a non-union contractor provides services at a worksite. Additionally, as part of street theatre, many unions use the rat—along with large banners and union representatives standing nearby—to publicize their disputes with non-union employers, known as the primary employer for labor law purposes.

Legal issues often arise when Scabby is placed outside of businesses or employers with no dispute with the union, known as neutrals in labor parlance. Scabby is placed strategically and used to appeal to these neutrals and the public in an effort to persuade them not to do business with the non-union employer. 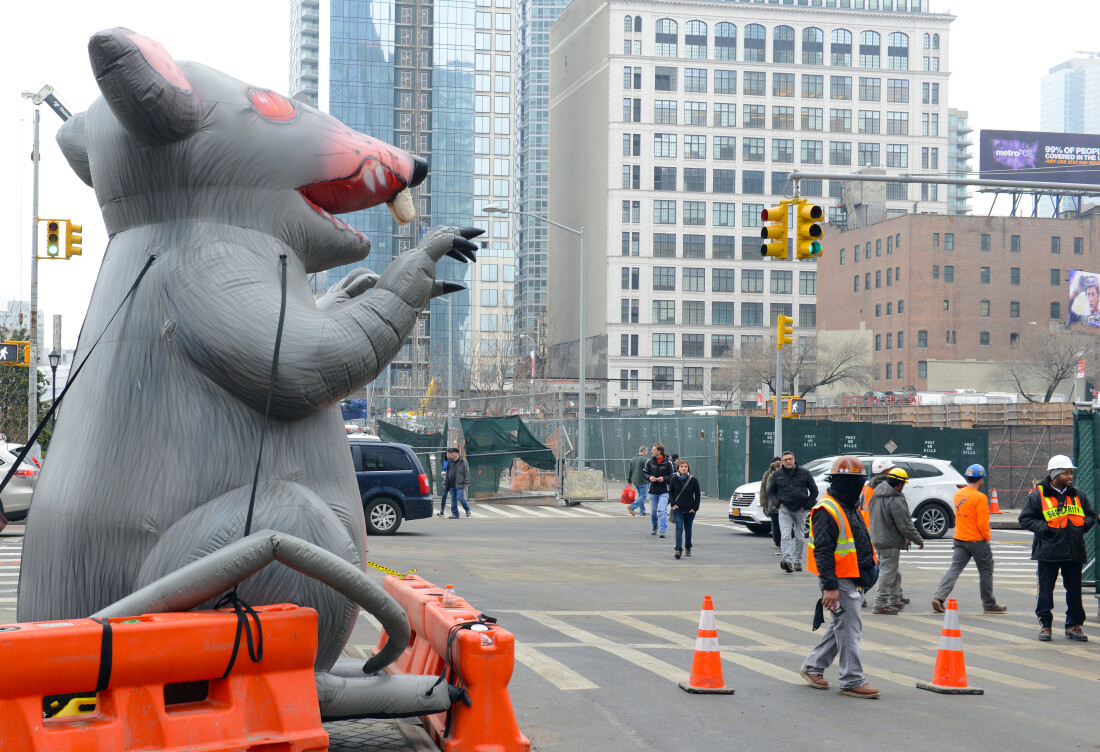 The focus of the dispute is not always clear, and neutrals often believe the placement of the rat hurts their businesses.

The legal question is whether the use of Scabby, along with large banners, is a tactic that threatens, intimidates, and coerces neutrals, which would violate Section 8(b)(4) of the National Labor Relations Act (NLRA) or whether it is a form of constitutionally protected speech. In other words, did Scabby unlawfully intimidate, coerce or threaten third parties with no real stake in the dispute? A neutral could be a customer of the non-union employer, or a supplier, or even the public generally. Citing the importance of not creating a constitutional conflict between a union's First Amendment rights and the prohibitions on unlawful secondary activity under the NLRA, the Board voted along partisan lines and held that the use of Scabby did not violate Section 8(b)(4).

The concern is that using Scabby might prevent visitors, members of the public, or other contractors, suppliers, and vendors from attending the show or doing business with the owner of the building or with other non-involved parties at the trade show. One of the principal objectives of Section 8(b)(4) is to protect neutrals from the coercive and intimidating effects of union tactics, such as picketing—or in this case, the placement of Scabby—which attempts to place pressure on neutrals, like Lippert, not to do business with MacAllister.

The discussion between the three-member, all Democrat plurality and the sole dissenter on the Board, a Republican, is largely academic in nature. The Board was attempting to decide whether and to what extent the use of Scabby would constitute intimidating or threatening behavior and violate the secondary boycott provisions of the NLRA. Focusing on U.S. Supreme Court precedent in DeBartolo, the plurality noted that the High Court found hand-billing outside a mall was not coercive, threatening, or intimidating behavior and thus did not violate Section 8(b)(4) of the NLRA. In doing so, the Supreme Court avoided the constitutional issue in DeBartolo as to whether Section 8(b)(4) might intrude inappropriately on the union's First Amendment rights.

Of course, there is a significant difference between hand-billing—which seeks to advance the union's position through a written communication using the tools of words and reason—and a 12-foot rat positioned with banners measuring 8x3.7 feet outside of a trade show entrance. Nevertheless, the plurality found it appropriate to define Section 8(b)(4) more narrowly so as not to invite the constitutional question.

The lone dissenter observed that it was truly ironic that a single picketer patrolling an entrance with a banner on a stick could be deemed to be engaging in unlawful coercive behavior, but the use of Scabby is not. And while many have argued that this form of street theater is more amusing than threatening and likely convinces no one to change their view, the dissent faulted the plurality for not performing its statutory duty of drawing an appropriate line for conduct that it sees as coercive in nature. It indicated that the rat and banner display in Lippert is a far cry from the hand-billing at issue in the Supreme Court's precedent, and the dissenter believed that nothing in the precedent would prevent the Board from finding that the conduct presented in the use of Scabby was tantamount to picketing.

This appears to be an example of a Board decision being dictated more by politics than legal precedent. And there is no doubt that the final chapters on Scabby have yet to be written. For the time being, Scabby will continue to make appearances around and about town. Employers may want to embrace the rat and conduct their own informational campaign about why the union might target neutrals when it has been unsuccessful in organizing the primary employer's employees.