On September 7, 2022 the National Labor Relations Board (NLRB or the Board) issued a new Proposed Rule governing joint employer status. The proposed rule seeks to change the standard for determining whether two collaborating employers will be considered joint employers under the National Labor Relations Act (Act). If finalized, the new rule is expected to take effect in 2023. 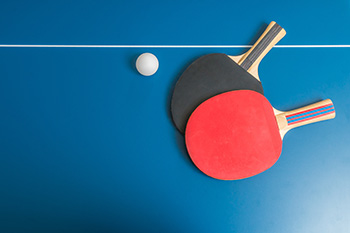 The Act does not specifically address joint employment in terms of when collaborating employer entities will be deemed a joint employer. As such, the Board possesses discretion to issue, revise, and interpret the joint employer standard—which directly influences the collective bargaining obligations and unfair labor practice liability of employers who partner with entities such as staffing agencies, subcontractors, and other indefinite labor arrangements. The Board has repeatedly revised this standard as presidential administrations (and the political composition of the Board) change. The NLRB shifted the standard under both the Obama and Trump administrations, and the Biden administration seeks to revise the standard again to specifically rescind the changes made under the Trump administration, which took effect on April 27, 2020.

So why is this regulatory ping pong important for employers? A finding of "joint employer" depends on the extent of the putative employer's control over workers of another company. A low control standard favors a finding of "joint employer" and subjects more employers to collective bargaining and labor liability issues. Conversely, a high standard presumes employers remain separate and reduces or eliminates the obligations of one employer to the employees of another company. Swinging the pendulum back to a low standard for finding sufficient control will entitle more contractor and staffing agency employees to collective bargaining rights. It also means more employers are likely to find themselves on the wrong end of a joint-employer dispute.

The Supreme Court established a "joint-employer" standard after reviewing an NLRB representation case involving an alleged joint employment arrangement in Boire v. Greyhound Corp., 376 U.S. 473 (1964). Since Greyhound, members of the Board have disagreed about which indicia suffice as evidence of control and how strong such evidence must be. From the 1980s through the 2010s, the NLRB used the adjudicative process to interpret precedent and move the standard. Then in 2020, the Board began using the formal rulemaking process to adjust the joint employer standard.

The Browning-Ferris Industries cases illustrate the game of regulatory ping pong which has governed the joint employment standard. In 1981, the Board adjudicated a dispute involving a garbage/recycling management company. The Third Circuit later affirmed the Board's decision in NLRB v. Browning-Ferris Industries of Pennsylvania, Inc., 691 F.2d 1117 (3d Cir. 1982). According to the Third Circuit, "the 'joint employer' concept recognizes that the business entities involved are in fact separate but that they share or co-determine those matters governing the essential terms and conditions of employment."[2] The court invoked Greyhound in holding that "where two or more employers exert significant control over the same employees – where from the evidence it can be shown that they share or co-determine those matters governing essential terms and conditions of employment – they constitute 'joint employers' within the meaning of the NLRA."[3]

A 2015 Board decision endorsed the standard established in Greyhound and Browning-Ferris and claimed to be merely restoring the standard when it issued Browning-Ferris Industries of California, Inc. d/b/a/ BFI Newby Island Reclyclery, 362 NLRB 1599 (2015). The Board asserted that two post-Browning-Ferris decisions[4] had increased the standard "without explanation" by imposing "additional requirements for finding joint-employer status, which have no clear basis in the Third Circuit's decision, in the common law, or in the text or policies of the Act."[5] The Board restored the standard by clarifying that mere evidence of a putative employer's authority to control an employee's terms and conditions of employment was sufficient to establish a joint employer relationship. There need not be a showing that the putative employer actually exercised such control.[6]

Here is what the Proposed Rule provides: an employer will be deemed an employer over employees for purposes of the NLRA if the common law agency principles establish an employment relationship; entities will be deemed joint employers if the entities "share or co-determine" matters governing the essential terms and conditions of employment; to "share or co-determine" will mean an entity possesses the authority to control (directly or indirectly) or exercises the power to control (directly or indirectly) one or more term or condition of employment; the essential terms or conditions of employment over which the possession or exercise of control will be analyzed will include wages, benefits and other compensation, hours of work and scheduling, hiring and discharge, discipline, health and safety, supervision, assignment, work rules and direction over the manner, means or methods of performance. Common law agency principles will again be used when assessing whether an entity possesses or exercises control over a term or condition of employment, and—in line with the 2015 Board—possessing the authority to control is sufficient, regardless of whether they exercise that control. Lastly, the party asserting that a joint employer relationship exists will bear the burden of proof.

What This Means for Employers