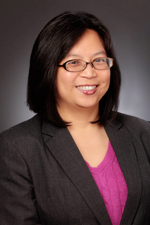 Showing 8 posts by Concepcion A. Montoya.

A previously enacted amendment to the New York Civil Rights Law, effective May 7, 2022, requires employers to provide written or electronic notice to newly hired employees if the employer intends to monitor or intercept telephone conversations, email, or internet access or usage. The amendment also requires employers to obtain an employee's written or electronic acknowledgment before monitoring them. In addition, the employer must post notice of the electronic monitoring in a "conspicuous place," which is readily accessible to the employees who are subject to electronic monitoring to view. More ›

In an effort to align its legislation with the broader standards of the New York City Human Rights Law, New York State recently passed an amended anti-harassment bill which will significantly impact how employers handle harassment claims. Governor Cuomo signed the bill on August 12, 2019. Many of the new provisions, if not already in effect, will be effective within sixty days. All employers will be subjected to the new amendments, regardless of the number of employees. More ›

In a move directed at addressing inequities in pay and preventing pay discrimination, the United States District Court for the District of Columbia rejected the Office of Management and Budget's (OMB) decision to stay the collection of pay data by the Equal Employment Opportunity Commission (EEOC). Unclear from the Court's decision, however, is when the EEOC will begin implementation of the pay data collection. For employers subject to this requirement, organizing pay records and information will only help streamline their reporting process once it gets underway. More ›

The New York City Council signaled its commitment to expanding employee protection when it further amended the New York City Human Rights Law by adding “sexual and reproductive health decisions” to its list of protected classes from discrimination. Under the amended bill, employers with four or more employees are prohibited from discriminating against employment applicants or existing employees based on sexual and reproductive health decisions. The amendment is before Mayor DiBlassio for signature, which is expected. Once signed, it will take effect 120 days thereafter. More ›

The United States Supreme Court recently handed the defense bar a useful tool in stemming the tide of class action lawsuits. In the area of employment law, claims for violations of federal wage and hour laws, violations of state and local regulations governing employees, and systemic workplace discrimination are prone to class action claims. More ›

The New York City Council further solidified its commitment to advancing the work-life balance of New Yorkers by requiring employers to allow employees to take two temporary schedule changes per calendar year. Effective July 18, 2018, New York City employees may request a temporary change to their schedule, up to two times per year, for a “personal event” defined as the need to provide care to a minor child or care recipient; the need to attend a legal proceeding or hearing for subsistence benefits; or any circumstances that would be a basis for permissible use of safe time or sick time as defined by the NYC Earned Sick Time Act. The new law amends New York City’s Fair Workweek Law, which was enacted in November 2017, to require employers to grant a request for a temporary change in work schedule. More ›

Reminding employers of their obligation to accommodate pregnant employees in the same manner as non-pregnant employees, the Equal Employment Opportunity Commission recently filed a sex discrimination lawsuit against a North Carolina nursing center. The complaint alleges the center violated the Pregnancy Discrimination Act of Title VII of the Civil Rights Act of 1964 (PDA) when it terminated two nursing assistants because of their pregnancy-related restrictions. In one case, the center placed the nursing assistant on unpaid leave when she asked the center to accommodate a pulling, lifting, and pushing restriction placed on her by her physician, then terminated her employment. The center terminated the second employee for similar reasons. The EEOC alleges the nursing center had the ability to accommodate such restrictions because they accommodated similar restrictions for non-pregnant employees who suffered work injuries.The EEOC is seeking declaratory and compensatory relief, as well as other monetary relief, for the terminated employees. More ›