On January 27, 2022, the California Supreme Court issued its Opinion in Lawson v. PPG Architectural Finishes, No. S266001, __  Cal. 5th ___, 2022 Cal. Lexis 312 (Jan. 27, 2022) regarding the proof paradigm in California "whistleblower" retaliation cases. This decision increases the evidentiary burden on defendants seeking summary judgment. It also clarifies that the proof paradigm in McDonnell Douglas Corp. v. Green, 411 U.S. 792 (1973), does not apply to California whistleblower claims. McDonnell Douglas established a three-step burden-shifting framework in discrimination cases. The California Supreme Court took the opportunity to clarify the evidentiary burdens and noted that section 1102.6 of the California Labor Code already provides a complete description of the evidentiary burden in a whistleblower case. 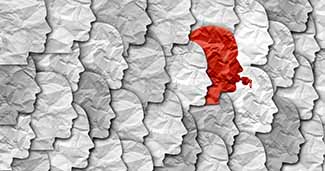 Under McDonnell Douglas, a plaintiff alleging discrimination under Title VII of the Civil Rights Act of 1964, 42 USCS 2000e et seq., first must establish a prima facie case of discrimination. The burden of production is then on the employer to articulate a legitimate, nondiscriminatory reason for the employer's action. 411 U.S. at 802. After a sufficient reason is articulated by the defendant, the plaintiff must be afforded a fair opportunity to show that the employer's stated reason for the adverse action was, in fact, a pretext. Id. at 804.

Roughly ten years after McDonnell Douglas, in 1984, section 1102.5 of the California Labor Code was enacted. Subsection b bars retaliation against whistleblowers, providing in part:

In a civil action or administrative proceeding brought pursuant to Section 1102.5, once it has been demonstrated by a preponderance of the evidence that an activity proscribed by Section 1102.5 was a contributing factor in the alleged prohibited action against the employee, the employer shall have the burden of proof to demonstrate by clear and convincing evidence that the alleged action would have occurred for legitimate, independent reasons even if the employee had not engaged in activities protected by Section 1102.5.

PPG Architectural Finishes, Inc. sells paint and other materials through its own stores and through retailers like Lowe's. Lawson v. PPG Architectural Finishes Inc., 2019 U.S. Dist. LEXIS 128155 *2 (C.D. Cal. June 21, 2019). Plaintiff Lawson worked as a territory manager for PPG. Id. According to the defendant, the plaintiff was an underperformer, allegedly failing to build relationships with Lowe's employees and failing to meet sales goals. Id. at *3. He was terminated in September 2017. Id. at *4. He filed suit, alleging various claims, including retaliation for whistleblower activities in violation of California Labor Code Section 1102.5. Id. at *7. Plaintiff alleged he was instructed to "mis-tint" the paint, which forced Lowe's to put it on an "oops" rack and sell it at a discount. Id. at *5. This, in turn, kept PPG from having to buy back unsold inventory. Id. Plaintiff submitted anonymous reports regarding this practice in the months before his termination. Id. The federal trial court granted PPG's motion for summary adjudication on the retaliation claim. Id. at *17. Citing McDonnell Douglas, the trial court found that plaintiff failed to create triable issues regarding pretext. Id. at *12-17.

Plaintiff appealed, arguing that the trial court's reliance on McDonnell Douglas was error. Lawson v. PPG Architectural Finishes, Inc., 982 F.3d 752, 755 (9th Cir. 2020). According to the plaintiff, the court should have applied section 1102.6 of the California Labor Code. Id. The Ninth Circuit certified the following question for the California Supreme Court: "Does the evidentiary standard set forth in section 1102.6 of the California Labor Code replace the McDonnell Douglas test as the relevant evidentiary standard for retaliation claims brought pursuant to section 1102.5 of California's Labor Code?" Id. at 753. The Ninth Circuit noted two key differences between the two standards:

The court noted that in the years between enactment of section 1102.5 and 1102.6 (i.e. 1984 to 2003), courts in section 1102.5 cases generally adopted the McDonnell Douglas framework. Id. at *7. Defendant noted that pre-2003 case law allowed employers to avoid liability in a retaliation claim by showing that it would have made the same employment decision even absent any retaliatory motive. Defendant argued that section 1102.6's only purpose was to codify the "same decision defense" and impose a heightened burden to prove the defense by clear and convincing evidence. Id. at *12. The California Supreme Court disagreed, finding that section 1102.6 does what defendant contends, but it also does more. Id. Based on a review of the legislative history, the court concluded that section 1102.6 was a "complete set of instructions for the presentation and evaluation of evidence in section 1102.5 cases; it is not merely the codification of an affirmative defense." Id. at 12. Moreover, the court found that the plain language of section 1102.6 does not mesh with McDonnell Douglas. The "contributing factor" language in section 1102.6 clashes with the "single-motive" assumptions implicit in McDonnell Douglas. Id. at 15. Further, there is no requirement that plaintiff prove pretext under section 1102.6. Id. at 18. To the extent they were inconsistent with this opinion, the court expressly disapproved Hager, Mokler, and Patten.

Defendants in California whistleblower claims will now have much greater difficulty obtaining summary adjudication of those claims in the wake of the Lawson decision. Hager, Mokler, and Patten no longer will be followed in connection with section 1102.5 claims, and should not be relied upon. McDonnell Douglas likewise is inapplicable to section 1102.5 claims. If a plaintiff shows by a preponderance of the evidence that protected whistleblowing activity was a contributing factor in an adverse employment action, the employer must prove by clear and convincing evidence that the alleged action would have occurred for legitimate, independent reasons, even if the employee had not engaged in the protected activities.