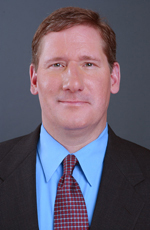 Beginning July 1, 2018, it will be illegal for San Francisco employers to ask job applicants to disclose their salary history. A number of similar laws have been enacted in cities and states across the country to address the gender and minority pay gaps. More ›

The Worker Adjustment Retraining and Notification Act ("WARN") requires employers with 100 or more employees to provide 60 calendar days' notice of plant closings or mass layoffs to give transition time to workers and their families to adjust to the prospective loss of employment, seek alternative jobs, and/or enter skill training or retraining to successfully compete in the job market. 29 U.S.C. §2201 et seq. Employers who fail to comply with WARN are liable to affected employees for up to 60 days of pay and benefits. 29 U.S.C. §2104(a)(1).

The Second Circuit reversed summary judgment in favor of the parent company, finding that a triable issue of fact existed that would allow a jury to conclude that the employer was so controlled by the parent that the employer lacked the ability to make any decisions independently and that a parent company resolution authorizing the employer to layoff this employee and the class of similar employees was a function of being an employer and created liability. Adopting Department of Labor regulations to determine if separate entities are a single employer, the court considered whether there was (1) common ownership; (2) common directors and/or officers; (3) de facto exercise of control; (4) unity of personnel policies emanating from a common source; and (5) dependency of operations. The Second Circuit observed that the inquiry is a fact-specific balancing test, no one factor controls, and all factors need to be present for liability to attach to the related entity. Significantly, a separate legal existence will not insulate a parent company from liability for a subsidiary's WARN violations if the parent is the decision-maker responsible for the employment practice giving rise to the litigation.

In this recent arbitration decision out of the Ninth Circuit, the employee brought an action against her employer, alleging violations of California’s overtime laws and sought to assert claims on behalf of a class. After several years of litigation, the employee moved to certify a class. The District Court granted the motion in part, narrowing the class which the employee represented. In the same order, the court denied the employer's motion to compel arbitration, which was after the U.S. Supreme Court’s decision in AT&T Mobility LLC v. Concepcion, 131 S.Ct. 1740 (2011). The District Court found that the employer had waived its right to arbitration by litigating the action for years without raising the binding arbitration clause contained in the employee's employment agreement. More ›

The technology company, which manufactured components for large-scale computer networks and data storage systems, employed a team of sales account managers. This particular account manager was successful in generating significant revenue for the company over the course of several years. The Company began to make changes to procedures and started to cut costs due to the downturn in the economy and the industry changes in terms of how data is stored, which ultimately led to the reduction in force of the sales team from five employees to two. The account manager, however, felt that this rationale was a pretext for age discrimination, and that he was selected for lay off because of his age. To back this up, he pointed to comments made by the vice president of sales about needing to “re-energize” the team, which he considered disparaging remarks regarding the ages of the sales team. He accordingly filed a charge with the Massachusetts Commission Against Discrimination, who dismissed the complaint for a lack of probable cause. He then filed suit in state court, claiming, among other things, age discrimination under Massachusetts law. The employer removed the case to the United States District Court for the District of Massachusetts based on diversity jurisdiction, and then moved for summary judgment on all counts. The district court granted this motion, and Woodward appealed. More ›

Under Anheuser Busch (237 NLRB 982, (1978)), employers were not required to turn over witness statements to the Union where such statements were obtained during the course of an employer's disciplinary investigation because such statements were confidential. Recently, however, the NLRB found that a witness statement was not entitled to such protections, nor did it constitute attorney work product, and required the employer to produce the disputed statement.   More ›

Sixth Circuit Considers what Constitutes a “Medical Examination” Under ADA

In a matter of first impression before the Sixth Circuit Court of Appeals, the Court considered what the meaning of  “medical examination” is under the Americans with Disabilities Act (ADA). More ›

Another California Court Strikes down yet Another Arbitration Agreement

If you have employees in California, you may wish to scroll through this list of legislation passed in 2011, all of which became effective January 1, 2012. The legislation includes new rules about using consumer credit reports as a part of background checks, E-verify, leaves of absence for organ donors, and various other employment and wage and hour provisions.

An African American employee was terminated after it was determined that he was taking extended break periods and playing pornographic videos in the break room. Through his local union, he pursued a grievance and was represented at a hearing. The employee and his representative argued that other individuals had watched pornographic videos at work and that they had not been terminated, and referenced race-based comments which had been made by employees. After the committee denied his grievance, the employee filed a complaint against the representative and the union, claiming that they had violated 42 U.S.C. § 1981 by deliberately discriminating against him because of his race. The employee claimed that the representative had allegedly failed to argue at the hearing that the employee was terminated due to his race. The U.S. Court of Appeals for the Fifth Circuit upheld the lower court’s decision, finding that the employee did not establish that he was subjected to an adverse union action, and that he did not demonstrate that he was treated less favorably than employees of other races. The appellate court further found that the employee was properly represented at the grievance hearing, that he had ample opportunity to both present evidence and voice his concerns, and that the representative had, in fact, presented information relating to the race claim.