FMLA Case Demonstrates that Employees Cannot Use Protected Leave as a Shield Against Warranted Discipline, Even Discharge

The intersection between an employer's obligations under the Family & Medical Leave Act (FMLA) and its enforcement of performance standards sometimes feels fraught with fear. However, nothing in the FMLA prohibits an employer from taking action against an employee for legitimate reasons, even when that employee is on or returns from a protected leave. Those were the issues before the Seventh Circuit Court of Appeals in Anderson v. Nations Lending Corporation decided on March 9, 2022. 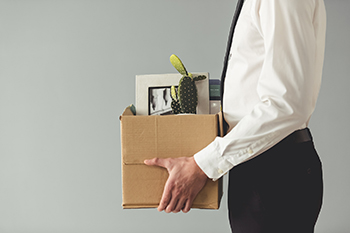 The plaintiff joined Nations Lending in 2017 as a loan auditor. Despite her experience in the field, her first year of work with Nations Lending was marred by work errors. She was verbally counseled about the errors and provided re-training. She also had some health problems that took her out of the office. The employer granted her significant time off, even though she was not yet eligible for FMLA. Upon her return, her supervisor had discovered more work deficiencies and addressed them with her. Again, she was advised to obtain more training before resuming her auditing duties. Her errors were alarming enough for the supervisor to track them on a spreadsheet.

The employee had more medical issues in early 2018 and received FMLA. While her supervisor had made some comments about the plaintiff being sick a lot and noting that she needed a full team to run the department, the plaintiff received her full leave. During that time, the employer's audit system flagged additional work errors, and the U.S. Department of Housing & Urban Development notified the employer of errors the plaintiff had made and cited Nations Lending for high deficiencies.

Upon completion of the investigation, HR, in conjunction with senior management, made the decision to terminate the plaintiff, who responded with a suit alleging FMLA interference and retaliation. The district court granted summary judgment to the employer, and the appellate court affirmed. While the FMLA provides employees with the right to reinstatement, an employee is not entitled to reemployment if she would have been terminated regardless of the leave.

In this case, there was no question that the employer had documented the plaintiff's work problems that began before her leave. The fact that she had not been returned to her auditing functions upon her return to work was immaterial to the interference claim, for the employer had the right to complete its investigation before that occurred. Likewise, the fact that the plaintiff was only verbally counseled instead of given progressive discipline did not create a fact question. On the contrary, the employer's standards of conduct specifically provided for immediate discharge for serious misconduct. Finally, while the plaintiff noted that her supervisor had made some comments about her absences, the supervisor was not the decision-maker, nor did the cat's paw principle apply. In conjunction with management, HR had investigated and decided to terminate independently of the supervisor.

The same logic applied to the retaliation claim. There was no causal connection between the discharge and the employee's protected leave. The fact that the employee was terminated upon her return from that leave was not dispositive where there was documented, unchallenged evidence of work problems that had started even before the leave.