In the spirit of the season, we are using our annual "12 days of the holidays" blog series to address new California laws and their impact on California employers. On this tenth day of the holidays, my labor and employment attorney gave to me: ten lords a-leaping and AB 1506 and 1561. 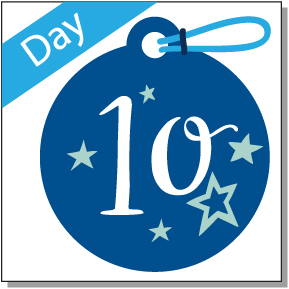 However, AB 5 did come with exemptions for certain industries. After its enactment, much litigation ensued with non-exempt industries such as the gig economy and trucking attempting to secure an exemption due to the negative impact of AB 5. Further, some exemptions that were granted came with expiration dates.

AB 1506 specifically deals with newspaper distributors working under contract with a newspaper publisher and newspaper carriers. This exemption was set to expire on January 1, 2022. With the enactment of AB 1506, the exemption is now extended until January 1, 2025. Every newspaper publisher or distributor that hires or directly contracts with newspaper carriers must submit specified information related to their workforce to the Labor and Workforce Development Agency on or before March 1, 2022, March 1, 2023, and March 1, 2024. The information provided must include the following:

AB 1506 also notes that for the March 1, 2022, reporting date only, every newspaper publisher and distributor shall also report the number of carrier wage claims filed with the Labor Commissioner or in a court of law for the preceding three years.

AB 1560 expands the exemption expiration date for licensed manicurists, a data aggregator, and individuals providing feedback to the data aggregator, and those in a contractor-subcontractor relationship in the construction industry, from January 1, 2022, to January 1, 2025, as well. In addition, AB 1560 adds an exemption to persons who provide claims adjusting or third-party administration within the insurance and financial service industries.

AB 5 continues to be ever-changing. Employers who fall in the categories mentioned above need to take note of reporting requirements. Further, they are allowed to continue treating these persons as independent contractors. And, as always, employers should ensure they are classifying their employees correctly.