In the spirit of the season, we are using our annual "12 days of the holidays" blog series to address new California laws and their impact on California employers. On this fourth day of the holidays, my labor and employment attorney gave to me: four calling birds and SB 807. 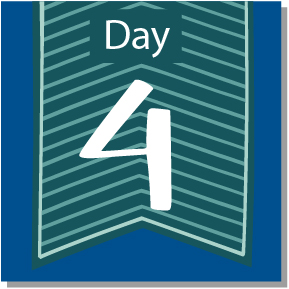 The California Fair Employment and Housing Act (FEHA) established the Department of Fair Employment and Housing (DFEH). The FEHA makes certain discriminatory employment and housing practices unlawful, and authorizes a person claiming to be aggrieved by an alleged unlawful practice to file a verified complaint with the DFEH. The DFEH is then required to investigate the filed complaint. If the matter cannot be resolved, FEHA authorizes the director to bring a civil action in the name of DFEH on behalf of the person claiming to be aggrieved within a specific amount of time.

SB 807, which takes effect on January 1, 2022, provides several changes to the processes utilized by the FEHA. The most important change for employers deals with record retention. SB 807 expands record retention from two years to four years. Under the existing FEHA, certain employers, labor organizations and employment agencies were required to maintain employees’ personnel records for two years. It also exempted the State Personnel Board from the two-year retention requirement requiring them to maintain records for only one year. Coinciding with the four-year record retention change, the State Personnel Board exemption has now been removed and the board is also subject to the four-year retention requirement. Further, if an employer is notified that a complaint was filed with the DFEH, the personnel records must be maintained for the longer of either when the statute of limitations expires or when the case resolves.

There are also several changes regarding the DFEH investigation process. With the enactment of SB 807, the deadline for the DFEH to file a civil action pursuant to the FEHA is tolled while a mandatory or voluntary dispute resolution is pending. If a complaint has been filed by an employee with the DFEH, the time for them to file their own civil action will be tolled until either the DFEH files a civil action or one year after the DFEH issues written notice to the complainant that it has closed its investigation and has elected not to file a civil action. While this is a retroactive application, it will not revive claims that have already lapsed. In addition, an aggrieved person is no longer prohibited from commencing a civil action with respect to an alleged discriminatory housing practice that forms the basis of a civil action brought by the DFEH.

Other additional changes per SB 807 include the following:

Employers are reminded to update their record retention process and ensure that all necessary employees are adequately trained regarding the new requirements. Moving forward it might also be helpful to label personnel files of terminated/former employees with a date noting the first date records no longer need to be maintained.