In the spirit of the season, we are using our annual "12 days of the holidays" blog series to address new California laws and their impact on California employers. On this fifth day of the holidays, my labor and employment attorney gave to me: five golden rings and SB 331. 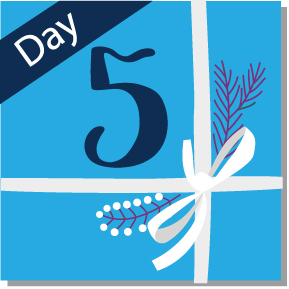 During the #MeToo movement, numerous protections were put in place to limit sexual harassment. One of those protections was SB 820, which went into effect on January 1, 2019. Around the time of the #MeToo movement, our news feeds were filled with stories regarding celebrities, company executives, and public officials who had been accused of sexual harassment but had entered into settlement agreements that prevented disclosure of the allegations. As we explained in an earlier post on SB 820, it prohibited any provision in a settlement agreement that prevented the disclosure of factual information relating to certain enumerated sexual offenses, including, but not limited to, sexual assault and sexual harassment.

As of January 1, 2022, the prohibition of disclosure of factual information will now extend to matters outside of sexual harassment and other sexual offenses. With the enactment of SB 331, settlement agreements can no longer prohibit the disclosure of factual information involving acts of workplace harassment or discrimination not based on sex. All types of workplace harassment and discrimination are now included.

In addition, an employer cannot require an employee to sign a nondisparagement agreement or other document to the extent it has the purpose or effect of denying the employee the right to disclose information about those acts. Any nondisparagement or other contractual provision that restricts an employee's ability to disclose information must include the following language, in substantial form: "Nothing in this agreement prevents you from discussing or disclosing information about unlawful acts in the workplace, such as harassment or discrimination or any other conduct you have reason to believe is unlawful."

Harassment and discrimination allegations of any kind need to be taken very seriously. If you are advised of such an allegation, ensure a thorough and appropriate investigation is completed. If a settlement takes place prior to any litigation, it is recommended you consult with your counsel. In addition, note the additional confidentiality issues that need to be taken into consideration when drafting the settlement agreement. Employers need to be cognizant of the required language for the agreement as well as to provide the appropriate time for an employee to consult with an attorney in a separation agreement.