In the spirit of the season, we are using our annual "12 days of the holidays" blog series to address new California laws and their impact on California employers. On this seventh day of the holidays, my labor and employment attorney gave to me: seven swans a-swimming and AB 1003. 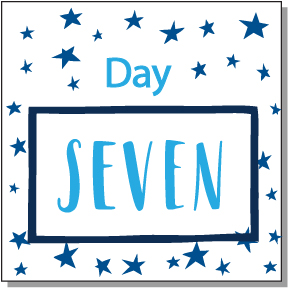 Wage and hour issues cause many frustrations for employers. While most wage and hour issues involve honest mistakes, there have been multiple news stories about less than forthright employers who have not paid their employees properly. AB 1003 was enacted to further deter the intentional acts involving wage payments by making imprisonment a consequence. Previously, if an employer failed to pay specified wage and gratuity provisions, they were guilty of a misdemeanor and liable for civil penalties in addition to the payment of the unpaid wages or gratuities. AB 1003 provides that an intentional theft of wages, including gratuities, in an amount greater than $950 from any one employee, or $2,350 in the aggregate from two or more employees, by an employer in any consecutive 12-month period may constitute grand theft.

AB 1003 defines "theft of wages" as the intentional deprivation of wages, as defined in Section 200 of the Labor Code, gratuities, as defined by Section 350 of the Labor Code, benefits, or other compensation, by unlawful means, with the knowledge that any of these were due to the employee under the law. Theft of wages may include failure to pay overtime, to provide meal and rest breaks, to pay any regular hours worked, and/or forcing someone to work off the clock.

In addition, AB 1003 incorporates independent contractors within the definition of employee.

Employers should accurately track all hours worked by employees, provide all mandated meal and rest periods, and issue paychecks appropriately. This applies to independent contractors as well. Detailed, accurate, and consistent documentation is a must to prove wage and hour compliance. Employers should train both new and old employees on their payroll processes to minimize mistakes of any kind.

Employers should also take note about some flexibility and/or vagueness apparent in this new law. Intentional is not defined. The law specifically states that if you meet the monetary thresholds, it may be grand theft. However, it does not state it will be grand theft. Accordingly it does not appear to be a law that will target an employer who has followed the law but made an inadvertent/unintentional mistake.