The California Supreme Court may soon provide health-care providers rare and much needed clarification concerning their wage and hour practices. It will do so in response to the Ninth Circuit’s request for guidance on the following wage and hour issues touching upon the meal and rest period rights of ambulance attendants:

The Ninth Circuit certified these questions to the California Supreme Court while considering the appeal of Dylan Stewart, an EMT and former employee of San Luis Ambulance. Stewart brought suit in federal court after he quit his job, alleging violations of California regulations governing meal periods and rest periods, failure to timely pay wages, and inaccurate wage statements and similar federal laws. His claims arose from a written “twenty-four hour shift agreement” that required him to remain on or ready for duty for an entire 24-hour shift. His employer paid him for all 24 hours of his shifts, regardless of whether he was working, eating, sleeping, or enjoying leisure at the ambulance station. Stewart never reported being denied a meal or rest period, and his activity logs indicated that he always took them. The district court granted summary judgment to the employer. 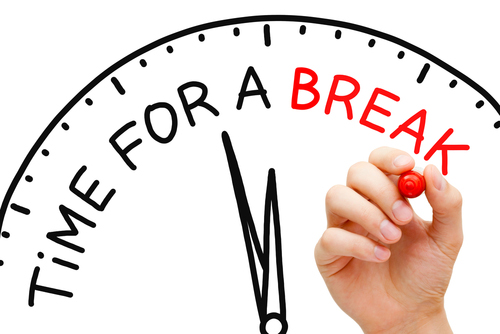 In reviewing the matter, the Ninth Circuit found and noted three key areas that it believes remain unsettled in California. First, as the Ninth Circuit has found, there is no controlling precedent that establishes whether ambulance attendants working twenty-four hour shifts may be required to remain available for emergency calls during rest and meal periods. In one case, Augustus v. ABM Security Services, Inc., the California Supreme Court interpreted Wage Order 4 to require employers to relinquish control over how employees spend their time and provide off-duty rest periods. However, Wage Order 9, not Wage Order 4, governs the rights and obligations of employers of ambulance attendants. In fact, Wage Order 9 contains an explicit provision for twenty-four shifts of duty for ambulance attendants. Moreover, for the past twenty-seven years, California courts have permitted employers of ambulance attendants to exclude sleep periods from compensable time without a written agreement. A clear ruling by the California Supreme Court on this question may go a long way in helping employers prepare clearer guidelines on their meal and rest period policies and reduce their exposure on related claims.

Second, there is no California precedent governing the question of whether employees should be compensated for meal periods during their twenty-four hour shifts without a written agreement. In Monzon v. Schaefer Ambulance Service, Inc., the Court of Appeal interpreted Wage Order 9 consistent with a federal regulation allowing exclusion of sleep periods and meal periods from compensable time. However, in a recent case, the California Supreme Court appears to have limited Monzon to its facts, and has further stated that courts should not incorporate a federal standard concerning what time is compensable without convincing evidence of the Industrial Welfare Commission’s intent. Depending on how the Supreme Court comes out on this issue, employers may have to re-evaluate the payment structures of their ambulance attendants.

Finally, the Ninth Circuit noted a discrepancy in California regarding the characterization of the extra hours paid for a meal period violation as a penalty or as a “premium wage.” This issue will likely have wider implications. California wage and hour plaintiffs frequently assert causes of action for meal and rest period violations, waiting time penalties, and inappropriate reporting of wages. However, the applicable sections of the Labor Code provide plaintiffs with statutory penalties only in connection with the reporting of, and/or the late payment of “wages.” If the California Supreme Court characterizes the extra hours as a penalty, rather than a “premium wage,” employers may be provided with an additional defense that will help them further reduce their liability against wage and hour claims that arise from alleged meal and rest break violations.

Employers should stay tuned as the California Supreme Court's answers may impact employment and payroll practices. We will provide a further update once the court issues its ruling.