The National Labor Relations Board (NLRB) has revisited the issue of when an employer may restrict access to its private property by non-employee union agents. In Kroger Limited Partnership, a union business agent was denied access to the food store's parking lot to solicit Kroger's customers to boycott the store. When the union agent refused to leave, the supermarket called police to force the union agent to leave the premises. The NLRB was subsequently was called upon to assess whether Kroger's actions were unlawful and discriminatory under the National Labor Relations Act (NLRA).

Since its 1956 ruling in NLRB v. Babcock & Wilcox, Inc., the United States Supreme Court has held that employers may not discriminate against non-employee union agents by excluding them from their property while allowing "other distribution." However, the Supreme Court did not elaborate in Babcock on the parameters of what might be considered comparable activity for drawing the discrimination conclusion. The NLRB has held (Jean Country, 291 NLRB No. 11 (1988)) that a denial of access may constitute disparate treatment when a property owner permits similar activity in similar relevant circumstances. Later, the NLRB determined in Sandusky Mall Co., 329 NLRB 618 (1999), that the Babcock property rights discrimination exception applies whenever an employer prohibits non-employee union access while "at the same time allowing substantial civic, charitable and promotional activities." Essentially, the Sandusky Mall standard did not make a meaningful distinction between different types of activity involving third party solicitation. The Sixth and Second Circuit Courts of Appeal have since refused to enforce this Sandusky Mall standard.

In the past, Kroger had permitted a variety of charitable and civic organizations—such as the Girl Scouts and the Salvation Army—to fundraise on its property. An obvious difference exists between the objectives of the union agent and Girl Scouts selling cookies or the Salvation Army soliciting holiday donations on Kroger's premises. The Girl Scouts and the Salvation Army were not encouraging customers to boycott the store; they also were not vendors of Kroger seeking to protest or use economic muscle to gain a commercial advantage. This distinction is one of the reasons the Sixth and Second Circuit have refused to enforce the prior Board position in Sandusky Mall. 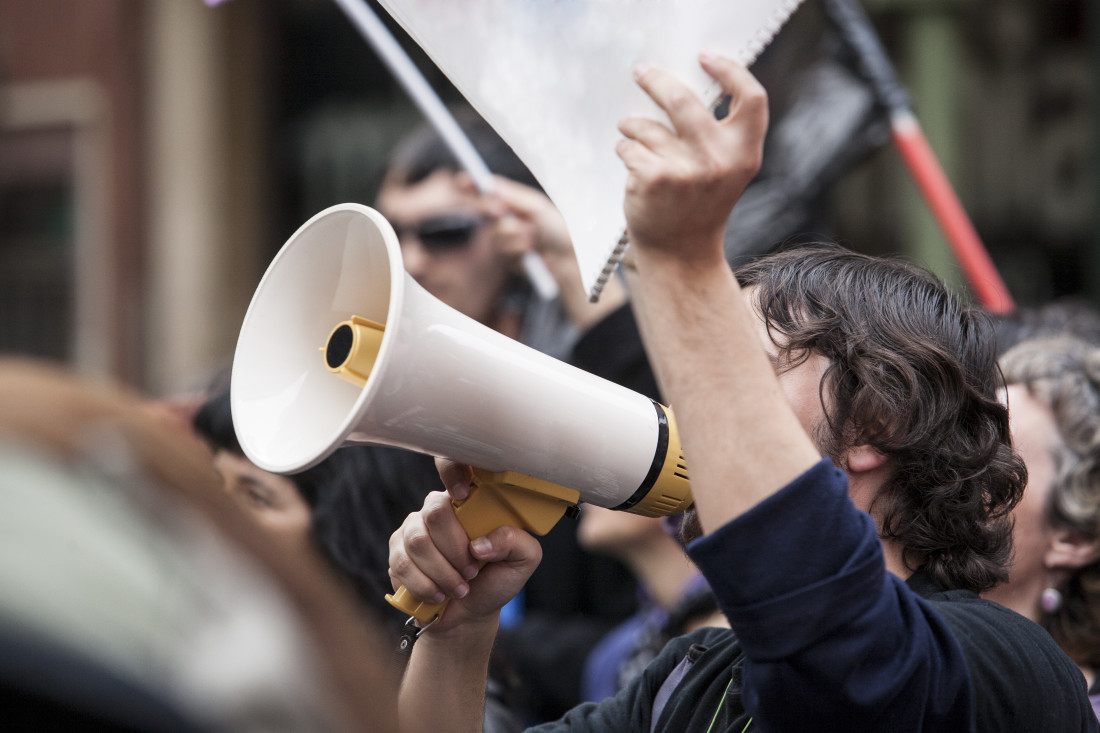 The NLRB also found that Kroger had a sufficient property interest in its parking lot and the authority to enforce the lease agreement's "No Solicitation/No Loitering" rule. This aspect of the case significantly strengthened Kroger's position in the dispute. Employers should review their leases to consider incorporating similar language. Kroger also had an ally in the landlord who reminded the union of the landlord's right to prevent disruptive activities that potentially have a negative impact on its tenants and customers.

The NLRB's reversal of Sandusky Mall now aligns it with the Sixth and Second Circuit Courts of Appeal, which have limited a finding of discrimination to disparate treatment for activities that are similar in nature. Comparing charitable activities—such as local firefighters soliciting donations—to an active protest advocating the boycott of a grocery store—is not conduct which should be considered similar in nature, according to the NLRB. The NLRB further found that the prior broad interpretation is not necessary to protect employees' §7 rights, and the NLRB was careful to state that its decision to overrule Sandusky Mall has no effect on the rights of employees themselves to engage in §7 activity on their employer's premises. This means that on their off hours, employees could have engaged in handbilling in the parking lot.

The NLRB majority in Kroger crafted its own rule which was broader than the Sixth and Second Circuit's definitions of discrimination in this context. The NLRB noted that the discrimination exception under Babcock is not limited to favoring one union over another or allowing employee-related information while barring similar union-related information. Instead, for example, it would be unlawful to allow non-employee handbillers urging a boycott for environmental reasons, while denying access to non-employee handbillers urging a boycott in relation to a labor dispute. According to the Board, this would be disparate treatment of a similar nature.