Peering into Hinshaw’s Crystal Ball: How the Trump Administration May Affect Labor and Employment Landscape

With the election of Donald Trump and transition to a Republican administration looming, employers are scrambling to predict what impact Trump will have on labor and employment policy and enforcement initiatives. What employers can expect in the first 12 months of a Trump Administration is unclear, but there likely will be change in the following areas: 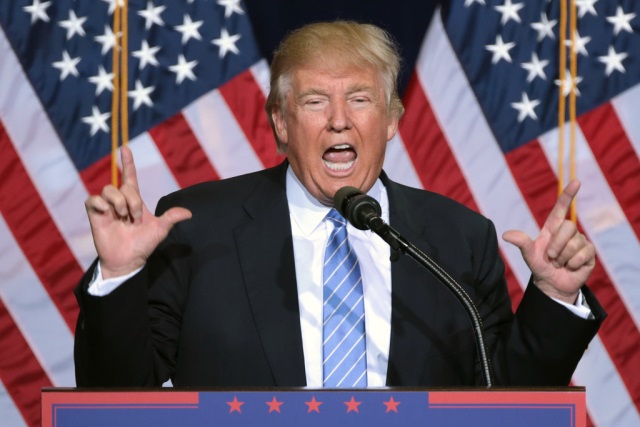 EEO-1 Pay Data. One initiative employer groups have hotly contested and opposed is the EEOC’s decision to revise the EEO-1 Form to require employers with 100 or more workers to report compensation data categorized by race, gender and ethnicity. The new administration will designate a new Chair for the EEOC, meaning the Commission will flip to a 3-2 Republican majority sometime in 2017. What this means for the EEO-1 initiative is unclear, but expect that employer groups will seek to eliminate the initiative altogether or scale it back on a reasonable basis. Since the EEO-1 initiative was passed on a 3-2 basis along party lines, many are predicting that this initiative will be short-lived.

EEOC Enforcement Plan. The EEOC recently published its strategic enforcement plan for fiscal years 2017-2021. While not overly controversial, the plan passed by a 3-2 vote along party lines. There is no reason to suspect that the EEOC will reverse course on systemic discrimination, but there may be less emphasis on some of the more controversial parts of the strategic plan which involve joint employment or the "gig economy."

Wellness Plans. Employers would like to see more flexibility to reduce health care costs and promote employee wellness programs with meaningful incentives. It is unlikely that a Trump Administration will go too far in scaling back enforcement actions against employers with respect to wellness programs if those programs impact too severely individuals with disabilities. A middle ground likely will be reached to protect the rights of the disabled.

The U.S. Department of Labor

Enforcement Philosophy. It will be interesting to watch whether the enforcement philosophy in the Office of Federal Contract Compliance Programs (“OFCCP”) will change under the Trump administration. That agency has been criticized recently for becoming too much of a discrimination enforcement agency, straying from its roots as an agency that monitors compliance with affirmative action obligations by federal contractors and subcontractors. Both Democrat and Republican administrations seek to advance the rights of women and diverse employees/applicants of federal contractors, for example. So, it is unlikely the agency’s principal focus will change. However, the agency may decrease its emphasis on pay equity issues and contractor discrimination action, returning its focus to affirmative action compliance.

Affirmative Action Threshold. One question likely to emerge is whether the minimum threshold for affirmative action plan requirements will be increased above the current standard of $50,000 in terms of the value of the federal contract. That standard has not been increased for decades, if at all, and ensnares many smaller employers.

Workplace Protections. Other interesting issues to watch are the rules finalized by the OFCCP requiring federal contractors to provide workplace protections to lesbian, gay, bisexual and transgender individuals. The Republicans have been critical of the Obama Administration with respect to its use of Executive Orders to drive its policy initiatives. The Administration used one such order to direct the OFCCP to expand the rights of LGBT employees of federal contractors. Though a new administration will have the option and ability to rescind President Obama’s executive orders, it is debatable whether a Trump Administration would take on these controversial issues.

Audits. Contractors have been pushing for quicker, more efficient and less onerous audits. This is likely an issue that will be given the attention of the Trump Administration.

Fiduciary Rule. Earlier this year, the DOL issued a final rule that would hold financial advisors handling retirement accounts to a fiduciary standard. That rule will not become effective until April 1, and entities subject to the rule have been preparing for its implementation next year. Though highly controversial, it is unclear what will happen to the rule under a Trump administration because it does have some bipartisan support. It may be that we see a delay in implementation to allow for additional public comment or minor tinkering by the new administration.

Fair Pay and Safe Workplaces Executive Order The Fair Pay and Safe Workplaces Executive Order issued by President Obama requires federal contractors to report labor violations. That information would be used to determine whether a prospective contractor should be disqualified from being awarded a contract. This initiative may be rescinded early on in a Trump Administration, as it has been the subject of substantial legal challenges and harsh criticism by contractors and fears of “blacklisting” by the government.

Overtime Regulations. Perhaps of most interest to employers is the impending deadline for the DOL’s new overtime regulations, which are projected to increase the number of employees categorized as non-exempt, and therefore, subject to over-time requirements. Trump will not be inaugurated until January, and the DOL’s new overtime regulations go into effect December 1. Given that fact, it is unclear what the new administration will do with the regulations. One school of thought is the regulations will survive because employers have already devoted significant resources to implementing the changes and would be reluctant to undo them in 2017. However, there is significant opposition to the new regulation from the business community and there are ongoing efforts to delay its enforcement. While those efforts will not likely succeed given the December 1 effective date, the longevity of the change may be in question under the new administration.

Appointment of a New DOL Secretary. The biggest change for DOL itself will be the appointment of a new Secretary to replace Thomas Perez, who is often viewed as no advocate for employers. Over the past eight, the DOL has cast employer's wage and hour violations as “wage theft,” setting an aggressive tone. Employers looking for a more balanced approach with respect to enforcement may be in luck with a Trump Administration.

The National Labor Relations Board

Of all of the federal agencies, the National Labor Relations Board (“NLRB”) has been perhaps the most aggressive, especially with its interpretation of employer policies and practices that allegedly restrict the exercise of Section 7 rights. The NLRB typically has five members, but currently only has three. While Trump can change the composition of the NLRB, change will not take place immediately. The staggered terms of the members of the NLRB are set by law and subject to the Senate confirmation process. Some of those terms will not expire until 2018 (Mark Gaston Pearce) and 2019 (Lauren McFerran). So, expect the pro-union approach of the Board to continue in the near term. In addition, the general counsel, Richard Griffin, is in the last year of his term, which is set to expire on November 4, 2017. Although it will take some time, the changing composition of the will likely affect the NLRB’s enforcement activities and rules issued by the agency concerning the conduct of workplace elections for union representation.

One open question is whether there will be a national right-to-work law, but this is unlikely. Instead, the new administration will likely continue to leave it to individual states to determine whether they will enact, repeal or maintain right-to-work laws. A Trump Administration will need the support of organized labor to accomplish its non-employment initiatives such as trade deals. As a result, it is unlikely we will see overly aggressive federal action on right-to-work. If we do, it will come from Congress and not from the Trump Administration.

On the Congressional front, employers also might see quick initiatives in Congress to fight what they perceive to be harmful labor practices such as recent NLRB rulings on joint employer status and microunits. Those actions might have more success in a Trump Administration.

All of these initiatives signal that the next four years will be incredibly busy for Congress and the administration, and employers should expect relief from the more onerous Obama Administration regulations and Executive Orders.