In deciding Morgan v. Sundance, Inc., the U.S. Supreme Court has resolved a circuit split, answering the question of whether a party must show prejudice when arguing that the opposing party waived its right to compel arbitration. Previously, all federal circuit courts except the Seventh and D.C. Circuits used an arbitration-specific waiver rule that requires a showing of prejudice. The Supreme Court has now eliminated this requirement.

In this case, Morgan worked as an hourly employee at a fast-food franchise owned by Sundance, Inc. When she applied for the job, Morgan signed an agreement to arbitrate any employment dispute. Nevertheless, Morgan subsequently filed a nationwide collective action claiming Sundance had violated the FLSA regarding overtime payment. 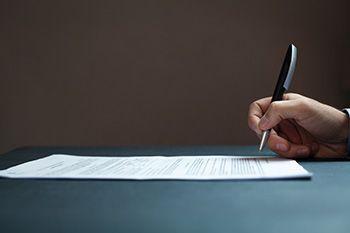 The Supreme Court held that the Eighth Circuit erred in conditioning the waiver of the right to arbitrate on a showing of prejudice to the party opposing arbitration. The Court noted that federal courts may not create arbitration-specific variants of federal procedural rules based on the FAA's policy favoring arbitration and that this oft-cited policy "is merely an acknowledgment of the FAA's commitment to overrule the judiciary's longstanding refusal to enforce agreements to arbitrate and to place such agreements upon the same footing as other contracts."

The Supreme Court held that the text of the FAA clearly states that courts are not permitted to create arbitration-specific procedural rules like the one at issue here. Citing that the usual federal rule of waiver does not contain a requirement to show prejudice, the Court held that Section 6 of the FAA likewise instructs that prejudice is not a condition of finding that a party waived its right to arbitrate under the FAA by litigating too long.

In light of this decision, parties to disputes may need to change their approach when faced with a lawsuit where an arbitration agreement may apply. Parties can no longer rely on an opposing party not being prejudiced to avoid an argument that they waived their right to arbitration.