In the spirit of the season—and keeping some semblance of normal—we are using our annual "12 days of the holidays" blog series to address new California laws and their impact on California employers. On this eighth day of the holidays, my labor and employment attorney gave to me: eight maids a-milking and AB 2257.

Deemed an emergency statute, AB 2257 went into effect immediately upon the Governor's signature on September 4, 2020. Focusing on worker classification, the bill provides additional exemptions to AB 5, which concerned the classification of independent contractors.

Last year, AB 5 went into effect and codified what is known as the ABC test—a 3-part test used to determine whether a worker is an independent contractor—delineated in Dynamex Operations West, Inc. v. Superior Court of Los Angeles. 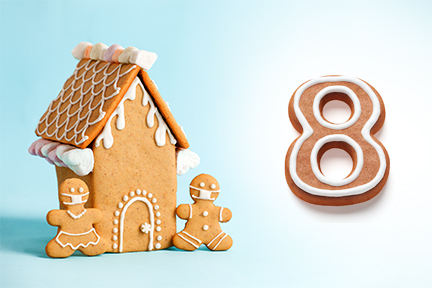 A worker can only be considered an independent contractor if the hiring entity can meet the following criteria:

If the hiring entity cannot meet this criteria and there is no applicable exemption, the worker must be considered an employee. If a worker is covered under an exemption, the test adopted in S. G. Borello & Sons, Inc. v. Department of Industrial Relations should be used to determine if the worker can be rightfully classified as an independent contractor. Under Borello, the main test involves the right to control.

While AB 5 contained multiple exemptions, 2020 was replete with litigation involving AB 5, as well as requests for an exemption from numerous industries who were negatively impacted by its implementation.

AB 2257 was drafted by the same person as AB 5 who realized that AB 5 negatively impacted "freelance writers, photographers, videographers, journalists, individual musicians, the recording industry, and unions representing musicians and artists." With the enactment of AB 2257, more exemptions were added to remedy this negative impact. These additional exemptions include the following:

There are now more than 100 exemptions between AB 5 and AB 2257. Yet numerous industries have been notably absent from any exemption—namely the trucking industry and the gig economy.

A variety of gig economy businesses sought exemptions through the courts, but were unsuccessful. Proposition 22—the most expensive initiative in California's history—was subsequently added to the ballot in November. It asked voters whether app-based drivers can be classified as independent contractors. It passed by approximately 58%, giving some gig economy businesses the ability to continue classifying certain workers as independent contractors in spite of AB 5.

A business' best practices include evaluating each potential independent contractor relationship carefully. It is also recommended to consult legal counsel to ensure classification accuracy. Can the hiring entity meet the ABC test? Is the worker covered under an exemption? And, if covered under an exemption, does the worker meet the Borello test? Businesses should also continually evaluate their workers to ensure they are categorized correctly. A failure to properly classify a worker may lead to significant consequences, including employment and wage and hour claims.