The "Gig" is Up: DOL Proposes Rule That Would Classify More Independent Contractors as Employees

The U.S. Department of Labor (DOL) has proposed a rule that would make it more difficult for companies to treat workers as independent contractors. The proposed rule would return to a "totality-of-the-circumstances" analysis of the economic realities test—in which the factors do not have a predetermined weight and are considered in view of the economic reality of the whole activity. The DOL said it will consider, among other factors, the worker's "opportunity for profit or loss, investment, permanency, the degree of control by the employer over the worker, whether the work is an integral part of the employer's business, and skill and initiative." 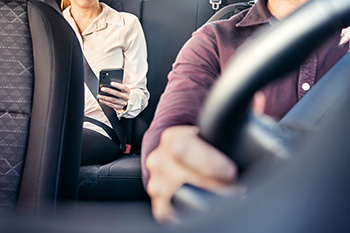 The proposed rule, which mirrors guidance issued under the Obama administration, would rescind a regulation promulgated by the Trump administration which had identified five economic reality factors to guide the inquiry into whether a worker is an independent contractor or an employee. Two of the factors which were the most probative and known as the "core factors" were the "nature and degree of control over the work and the worker's opportunity for profit or less." The 45-day public comment period begins October 13, 2022, with the final rule expected in 2023.

While the proposed rule would not directly influence how courts determine whether workers are independent contractors or employees, it will impact the DOL's enforcement activities and the position it takes in litigation.

With millions of Americans working "gig" jobs such as ride-sharing, food delivery, and others, the proposed rule could significantly impact the industries that rely on gig workers. Workers once considered independent contractors, could now be considered employees entitled to minimum and overtime wages and other employee benefits.