In Lawless v. Steward Health Care System, LLC, the First Circuit Court of Appeals recently considered a novel question: whether an employee suing for violation of, M.G.L. c. 149, §§ 148, 150 (the “Wage Act”), could recover under the statute despite filing her lawsuit before receiving permission from the Attorney General or waiting 90 days after notifying the Attorney General of her claims. It answered the question yes, rejecting the employer’s position that the Wage Act provided for a grace period of up to 90 days.

The Wage Act requires an employer to pay an employee “in full” by the date of discharge. The Wage Act establishes a two-track system of enforcement. One track, authorizes, but does not require, the Massachusetts Attorney General to charge violators criminally. The other track is civil, and allows employees to bring a private cause of action. In order for the Wage Act’s dual enforcement mechanism to work, the statute requires that an aggrieved employee first file a complaint with the Attorney General. The employee may bring a private suit either “ninety days after filing a complaint with the Attorney General, or sooner if the Attorney General assents to such a suit.” This is the provision that the First Circuit tackled in its recent decision.

In Lawless, the plaintiff alleged the defendant had failed to pay her $20,154.30 in paid time off (PTO) and $21,191.11 in extended sick leave (ESL) on the date of her termination.[1] Two days after plaintiff was terminated, she filed a state court action against her former employer. On the same date, she filed an administrative complaint with the Attorney General. Just days after the suit was filed, the employer paid the plaintiff amounts it believed would compensate her for all the PTO and ESL owed. Twelve days later, the Attorney General assented to the plaintiff’s suit. 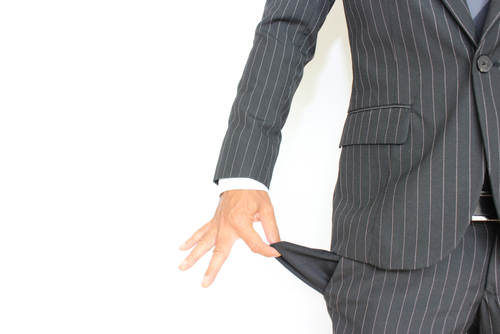 Leading up to Lawless, it had been long-established that a failure to timely pay all amounts owed an employee on the date of termination is a violation of the Wage Act. However, several Massachusetts cases held “when wages and benefits are tardy but paid before a complaint is brought, the loss of wages and other benefits is simply the interest foregone from the delay in payment, which would be trebled under the Wage Act.” This rule effectively provided a grace period from the date of termination to the earlier of 90 days or the date of the Attorney General’s assent.

The Lawless decision is significant because it does away with the long-assumed 90-day grace period, meaning employers who fail to pay all amounts owed on the date of termination may no longer have a window to avoid significant liability, which includes treble damages, attorneys’ fees and costs. While the Massachusetts Supreme Judicial Court has not addressed this issue, it is likely that based on the plain meaning of the statute, the SJC would issue a similar decision as the First Circuit.

[1] It is important to note that ESL payments are not “wages” within the meaning of the Wage Act. The defendant in Lawless failed to raise this argument timely and, thus, the First Circuit considered it to be waived.