In the spirit of the season—and keeping some semblance of normal—we are using our annual "12 days of the holidays" blog series to address new California laws and their impact on California employers. On this fourth day of the holidays, my labor and employment attorney gave to me: four calling birds and AB 2143.

No-rehire provisions were banned in employment settlement agreements as of January 1, 2020, per SB 749. There was one exception, though: if the employer made a good faith determination that the employee engaged in sexual harassment or sexual assault. If that was documented, a no-rehire provision was allowed. While this exception was helpful, SB 749 caused employer frustration throughout 2020 because it lacks other exceptions. For instance, an employer may settle employment claims, complaints or actions against them, but they are unable to include a no-rehire provision with the employee who initiated the claim. It also did not protect employers from a bad faith claim. Enter AB 2143. 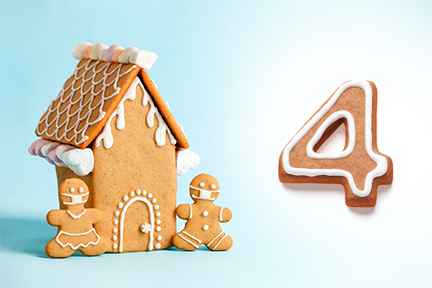 According to AB 2143, an aggrieved party is defined as "a person who, in good faith, has filed a claim against the person's employer in court, before an administrative agency, in an alternative dispute resolution forum, or through the employer's internal complaint process." "Criminal conduct" is not defined in the bill. As is often the case, documentation is key. Any such conduct must be documented prior to the aggrieved party filing a claim against the employer.

For AB 2143 to apply, the employee must also have filed the claim in good faith. While "good faith" is not defined, this language may provide employer's an additional argument to include a non-rehire provision depending on the specific fact pattern. That said, in order to use the newly added exception, the employer must have documented the criminal conduct prior to the claim being initiated.

For now, employers have one more situation where they can use a no-rehire provision. Employers cannot, however, avail themselves to the exception if they document the criminal conduct after the complaint is filed. Employers should also evaluate whether the claim was filed in good faith. If not, there may be an argument that a no-rehire provision can be included in a settlement agreement.

Going forward, employers should continue training their human resources staff on documentation to ensure an accurate written record. When a claim is filed, an employer should review this documentation and analyze whether the claim was filed in good faith. It is recommended that employers seek legal counsel to review settlement agreements and ensure compliance with AB 2143, as well as to determine whether a claim was, in fact, filed in good faith.