In the spirit of the season—and keeping some semblance of normal—we are using our annual "12 days of the holidays" blog series to address new California laws and their impact on California employers. On this ninth day of the holidays, my labor and employment attorney gave to me: eleven pipers piping and SB 973.

The Equal Pay Act has been in play for decades and has expanded over the years. In 2015, Governor Brown signed the California Fair Pay Act, which became effective January 1, 2016. The California Fair Pay Act aimed to ensure equal pay for employees performing "substantially similar work" and also to make it more difficult for employers to justify pay disparities through the "bona fide factor other than sex" defense. Existing federal law requires certain companies to file an annual employer information report which includes data regarding demographics of the employer's workforce (EEO-1) with the federal Equal Employment Opportunity Commission (EEOC). SB 973 is another attempt to minimize California's gender pay gap. A similar bill was vetoed in 2017 and then held in committee throughout 2018 and 2019. 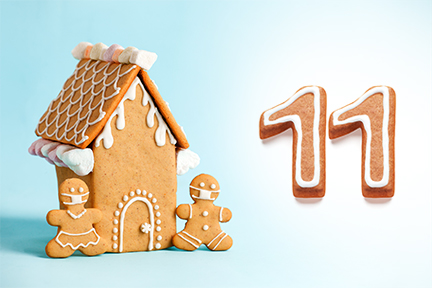 In order for SB 973 to apply, an employer must be a private employer, have 100 or more employees, and, per federal law, must already be required to file an EEO-1. A qualifying employer is then required to submit a pay data report to the Department of Fair Employment and Housing (DFEH) that contains specified wage information on or before March 31, 2021, and on or before March 31 each year that follows. Additionally, SB 973 provides that the DFEH has the authority to handle, investigate, and prosecute complaints alleging unlawful practices under discriminatory wage rate provisions.

The pay data qualified employers must submit includes information based upon race, ethnicity, and sex in the following categories:

A qualified employer must create what the bill describes as a snapshot, which counts all the individuals in each of these categories by race, ethnicity, and sex employed during a single pay period of the employer's choice between October 1 and December 31 of the reporting year. For each employee in the snapshot during the reporting year, the employer must tabulate and report the number of employees whose W-2 earnings fell within each pay band.

If an employer has multiple establishments, they must submit a report for each one, along with a consolidated report that includes all employees. An employer may include clarifying remarks regarding any of the information provided.

Currently, there is no monetary penalty for non-compliance. However, the DFEH can seek an order requiring an employer to comply if it does not receive the required report. Further, SB 973 requires the DFEH maintain the pay data reports for a minimum of 10 years. It also prohibits any officer or employee of the DFEH or the Division of Labor Standards Enforcement from making an individual's identifiable information obtained from the report public.

There are concerns with SB 973, which likely were part of the reason it had not previously passed. First, SB 973 may create a situation for incomplete or misleading pay data. Second, data provided might inaccurately detail a wage disparity when one does not exist. It may also lead an employer to falsely report data when a pay disparity actually exists. The clarifying remarks option provided in the bill is not anticipated to prevent these issues.

In addition, the 10 categories noted in SB 973 are fairly general and will likely prove problematic because not every person in a category is going to be similarly situated. For instance, professionals encompass numerous occupations. Are they all the same? Is the pay for each professional handled in the same manner? Is their pay similar? Is an executive or senior-level official and manager the same for every department within an employer's organization? Does an employer have different sales teams that sell different products? These questions are just the tip of the iceberg, but could potentially lead to increased wage claims.

Employers who meet the criteria for compliance with SB 973 should determine how they will collect the data needed to produce the mandatory report. To expedite the process, employers may want to create a pay data committee to ensure consistency and monitor deadlines. If an issue is discovered while collecting data, it is recommended that it be remedied before the March 31, 2021 reporting deadline.

Given the uncertainties, it is expected that clarifications regarding pay data will follow. In the meantime, employers should familiarize themselves with the DFEH FAQs on pay data reporting in order to ensure accurate compliance.