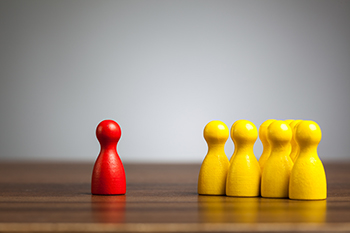 The Viking decision held that (1) an employer can compel arbitration of a plaintiff's individual PAGA claim if the employee agreed to arbitration and (2) if it is found that a plaintiff is bound to arbitrate their claim, the plaintiff lacks standing to prosecute claims on behalf of other aggrieved employees. Therefore, remaining representative PAGA claims brought on behalf of other employees must be dismissed.

PAGA authorizes an employee to initiate an action against a former em­ployer on behalf of themselves—as well as other current or former em­ployees—and to seek civil penalties that previously could have been recovered only by the state in an enforcement action brought by California's Labor and Workforce Development Agency. California precedent holds that a PAGA suit is a representative action in which the employee plaintiff sues as an agent or proxy of the state on behalf of themselves and other similarly situated claimants. Iskanian v. CLS Transp. Los Angeles, LLC, 59 Cal. 4th 348, 380 (2014).

California precedent interprets PAGA to contain what is effectively a rule of claim joinder allowing a party to unite multiple claims against an opposing party in a single action. An employee with PAGA standing may "seek any civil penalties available to the state, including penalties for violations involving employees other than the PAGA liti­gant herself." ZB, N. A. v. Superior Court, 8 Cal. 5th 175, 185 (2019).

Prior to the Viking decision, California law—including the California Supreme Court's decision in Iskanian—precluded employers from enforcing pre-dispute arbitration agreements that waive an employee's right to bring PAGA claims on behalf of themselves and similarly situated employees.

In Iskanian, the California Supreme Court held that—while employees may waive their right to participate in a class action by agreeing to individual arbitration—any waivers of the right to bring a PAGA action on behalf of the state are unenforceable. Iskanian suggested that an employee's individual PAGA claims could not be separately arbitrated. The California Supreme Court later rejected the concept of the individual component to PAGA claims that could be separated from the representative claims of all alleged aggrieved employees. Thus, employers had to arbitrate PAGA claims on a representative and collective basis or forgo arbitration altogether. The United States Supreme Court rejected this approach in Viking.

The question for decision in Viking was whether the Federal Arbitration Act (the FAA), 9 U. S. C. §1 et seq. preempts a rule of California law invalidating contractual waivers of the right to assert representative claims under California's Labor Code Private Attorneys General Act of 2004, Cal.Lab. Code §2698 et seq.

The United States Supreme Court, in an 8-1 holding, fundamentally changed California law, finding that an employee bound to individually arbitrate claims must prosecute claims for civil penalties under PAGA on an individual basis in arbitration and cannot pursue representative claims in such arbitrations.

In Viking, Angie Moriana filed a PAGA action in California state court seeking PAGA penalties against her former employer, Viking River Cruises, alleging a California Labor Code vio­lation. She also asserted violations allegedly sus­tained by other Viking employees. Moriana's employment contract with Viking contained a mandatory arbitration agreement, which contained both a class action waiver—provid­ing that the parties could not bring any dispute as a class collective or a representative action under PAGA—and a severability clause which stated that any claims subject to the waiver would presumptively be litigated in court.

Viking moved to compel arbitration of Moriana's individual PAGA claim and to dismiss her other PAGA claims asserted on behalf of other employees.

The United States Supreme Court concluded that (1) Moriana was compelled to arbitrate her individual PAGA claims and (2) Moriana lacked standing to prosecute the PAGA claims on behalf of the other employees in arbitration. The United States Supreme Court took issue with the portion of Iskanian's holding that precluded the enforcement of agreements to arbitrate individual and representative PAGA claims. The court found that requiring the arbitration of both the individual employee's claims and the claims of all the other employees violates the FAA because it permits parties to expand the scope of arbitration to include claims that were never agreed to be arbitrated. It would allow a plaintiff to unite numerous parties to file multiple claims in a single suit, forcing an employer to choose between arbitrating all of the alleged employees' claims as a whole or none of the claims. The United States Supreme Court found this to be coercive and inconsistent with the intention of the FAA. Therefore, the court held that the remaining non-individual, representative PAGA claims must be dismissed.

Viking is a win for California employers since they can now compel employees with enforceable arbitration clauses to arbitrate their individual claims under PAGA and to sever and dismiss representative claims brought in arbitration. This change will likely limit the scope of quasi-class action PAGA claims filed against employers.

While this ruling is a positive outcome for employers, it is not without uncertainty. It remains to be seen whether the California Legislature will modify the standing requirements under PAGA so that representative claims can be made under the FAA.

Employers should review and revise their arbitration agreements to compel the arbitration of individual PAGA claims while ensuring the agreement has severability language—one of the key factors the United States Supreme Court found compelling in the Viking decision.