On February 21, 2018, the U.S. Supreme Court ruled that provisions of the 2010 Dodd-Frank Wall Street Reform and Consumer Protection Act that protect whistleblowers from being fired, demoted, or harassed by their employers only apply to people who actually make a report of a violation of the federal securities laws to the Securities and Exchange Commission. The Dodd-Frank Act established a whistleblower program that was designed to motivate individuals to report securities laws violations to the SEC by providing whistleblowers with incentives and protections. Individuals who voluntarily report information to the SEC may be entitled to a cash award of 10 to 30% of the monetary sanctions collected in enforcement actions, and they are protected from retaliation by their employers for having provided that information. 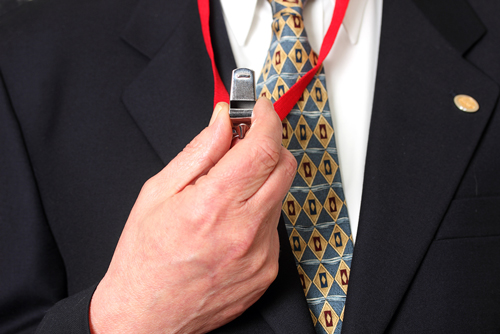 The case, Digital Realty Trust, Inc. v. Paul Somers, arose from Digital Realty’s termination of Paul Somers’ employment after he complained to company management about suspected securities law violations and other issues. After he was fired, Somers filed a federal lawsuit alleging Digital Realty’s actions violated Dodd-Frank’s whistleblower anti-retaliation provisions. Even though he was not prevented from doing so, Somers did not report his allegations regarding the securities law violations to the SEC before his termination or lawsuit.

Somers was successful in the lower courts. The district court and appellate court deferred to an agency rule the SEC issued under Dodd-Frank, which expanded the definition of “whistleblower” to provide that anti-retaliation protection was not contingent on an individual actually providing information to the SEC about allegations of securities fraud. The SEC, in reviewing the language of Dodd-Frank, reasoned that the Act was meant to protect all whistleblowers from retaliation and not just individuals who reported violations to the SEC to claim an award.

The Supreme Court reversed, holding that Dodd-Frank’s anti-retaliation protections do not extend to individuals, like Somers, who did not report a violation of the secu­rities laws to the SEC. The Court stated the definition section of the statute supplied “an unequivocal answer” to whether Somers needed to have reported his allegations to the SEC. In the definition section, the Act defines a “whistleblower” as “any individual who provides . . . information relating to a violation of the securities laws” to the SEC. In other words, an individual who wants to rely on the anti-retaliation protections of the Act, and sue a current or former employer directly in federal district court to obtain damages in the form of double back pay with interest, must first blow the whistle to the SEC.

Even though the Supreme Court’s decision narrows the SEC’s definition of whistleblower under the Dodd-Frank Act, the real impact of the decision will likely be an increase in the number of individuals making complaints. According to the SEC, the agency received more than 4,400 whistleblower complaints in 2016. That number should only increase as whistleblowers make sure that they get all the benefits and protections under the Act by making a report of their allegations to the SEC.

Employers simply cannot avoid or ignore complaints made by employees. Employers should adopt policies that encourage employees to bring issues to the attention of the company in order to evaluate whether the issue needs investigation. Such policies should contain explicit anti-retaliation language, and the policies cannot discourage employees from reporting to the SEC because there are penalties for impeding employees from making complaints. The benefit of internal reporting to employers is that employers may in fact uncover and deal with issues before the issues spiral out of control. In addition, if the government does begin investigating a complaint, an employer’s efforts to take an employee's complaint seriously, and if appropriate, take remedial actions, will put the employer in the position to take advantage of the SEC and Department of Justice’s policies regarding corporation cooperation.