A Win for "Gig-Economy" Employers in California

In a win for California’s “gig economy employers,” a California District Court held earlier this week that Chicago-based GrubHub, Inc. properly classified a food delivery driver as an independent contractor, not an employee. Accordingly, the driver's labor law claims, which require an employer-employee relationship, were precluded.

The case began when a food-delivery driver filed a lawsuit in federal court in California alleging that GrubHub violated California's minimum wage, overtime and employee expense reimbursement laws. After a bench trial, the court rejected the driver's claims. In support of its holding, the court found that GrubHub exercised little control over the details of the driver's work. GrubHub did not control what kind of vehicle the driver used to make food deliveries or the driver's appearance. GrubHub also did not require the driver to undergo any particular training or orientation, and no GrubHub employee ever performed a ride along with the driver to monitor his performance. The driver also did not have a script for his interactions with customers, and GrubHub did not control who he had accompany him on deliveries. In addition, GrubHub did not control how and when the driver delivered orders by not stating the amount of time in which the driver had to complete a delivery and by not specifying a particular route the driver had to take. 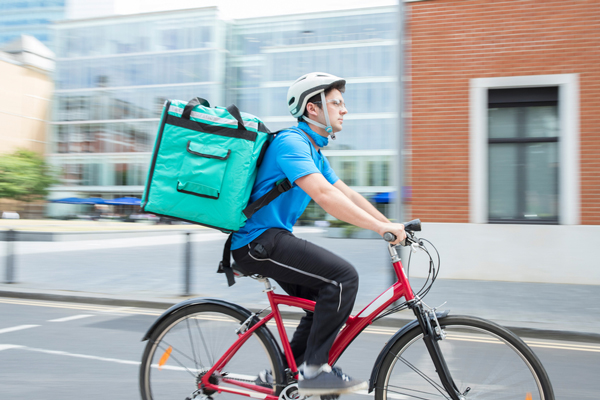 The driver also controlled whether, when and for how long he worked. He could choose to schedule himself to work by signing up for a shift or "block" online. GrubHub did not require the driver to work a minimum number of blocks. The driver could choose not to sign up for any blocks and focus on other work. If the driver signed up for a block he did not want to work, he could drop it or swap with another driver. Even while working a block, the Grubhub driver app had a "reject" button that allowed the driver to reject orders that came through.

Ultimately, the court held GrubHub did not have control over the "manner and means" by which the driver performed his work, and as a result, the driver was an independent contractor and not an employee.

This decision is significant for the rapidly growing "gig-economy" including businesses that pair customers with products or services through apps. Specifically, the ruling provides support to companies with business models similar to GrubHub who utilize temporary or episodic workers and wish to avoid traditional employer-employee relationships in their workforce. It also provides an example of what courts look to when determining which category of employment a worker falls into. As outlined in the decision, the key to avoiding an employer-employee relationship is to allow the gig worker to control the manner and means of his work.