In a huge win for Wisconsin employers, the Wisconsin Supreme Court rejected the longstanding version of the inference method followed by the Labor Industry Review Commission (LIRC) to determine intent in disability discrimination cases involving conduct that manifests from the employee’s disability. It replaced LIRC’s method with a two-part inquiry that requires employees to prove (1) the employer took an adverse employment action against him or her because of conduct caused by his or her disability, and (2) the employer knew the employee’s conduct was caused by his disability.

LIRC’s version of the inference method allowed courts to find discriminatory intent when an employer based its decision on a behavioral or performance issue caused by the employee’s disability. The problem with this method, said the Court in Wisconsin Bell v. LIRC, is that it requires a double inference to reach its goal of finding intent. The first inference is that when an employer observes misconduct, it knows it was caused by the disability. The second inference is that when an employer takes an adverse employment action against an employee because of that misconduct, it is terminating the employee because of his disability. The Court held the first reference is “insuperably” problematic because "in the search for discriminatory intent via the inferential method, there is, quite literally, no evidence more important than the employer's knowledge of the causal connection between conduct and disability."  The Court held LIRC’s version conflicted with the Wisconsin Fair Employment Act (WFEA) because it excused employees from proving the requisite causal connection between the disability and adverse employment action. 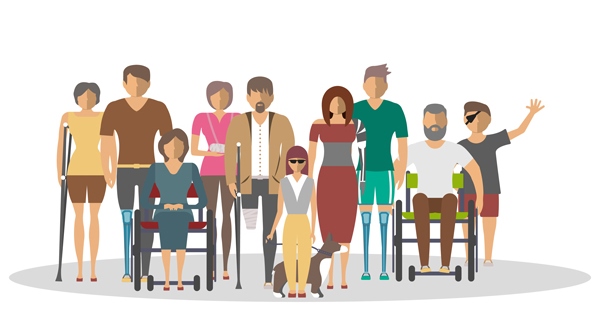 With its new standard laid out, the Court turned to the facts, which are many. The plaintiff, Charles Carlson suffered from bipolar disorder. Bipolar disorder can cause irritability, racing thoughts, and impulsive behaviors, among other symptoms. Carlson worked in a call center. He hung up on several customers after being confronted by his supervisor over the length of time he took between calls. He grieved the resulting discipline, and during a review hearing, informed Wisconsin Bell that his conduct was caused by a bipolar episode. Ultimately, he received a lengthy suspension and was placed on a last chance agreement.

Shortly before his termination, Carlson learned he had not passed a test that would have made him eligible for a position in the collections department. He became upset, hung up on customer calls, chatted with coworkers via its instant messenger, and asked to go home ill. Wisconsin Bell terminated his employment because he violated company policy and the last chance agreement.

The Court held Carlson failed to show the requisite discriminatory intent because he failed to show Wisconsin Bell knew his bipolar disorder caused his conduct. In so holding, the supreme court focused specifically on what Wisconsin Bell knew about the causal connection between Carlson’s disability and the conduct leading to his termination, at the time of his termination. Those facts included:

According to the Court, none of the letters confirmed a causal connection between his conduct and disability. All it knew is that Carlson claimed his disability caused his conduct. However, Carlson’s “bare assertion of causality cannot be credited as authoritative,” particular because bipolar is an amorphous disability that is not a matter of common knowledge.

Justice Roggensack issued a sharp dissent accusing the majority of “remov[ing] the teeth from the [WFEA]” and offering an “unworkable approach” placing “an impossible burden on an employee with a disability.” She found reasonable and correct the premise underlying LIRC’s inference theory: a disability and its symptoms are not separable. Thus, intentional discrimination against an employee because of a symptom of a disability is the same as intentional discrimination because of disability. The dissent also took the majority to task on its view of the facts, noting Wisconsin Bell knew Carlson’s disability could cause the precise symptoms that led to his termination a year earlier.

Ultimately, this decision should make it more difficult for employees with disabilities that are not well understood or readily discernable to prove disability discrimination under the WFEA. Nevertheless, employers should always engage in the interactive process when an employee discloses a disability that affects his or her ability to perform the essential functions of the job. That process should be targeted at better understanding what effect the employee's disability has on what duties and to identifying and providing a reasonable accommodation if the employee’s ability to perform those functions is indeed restricted.